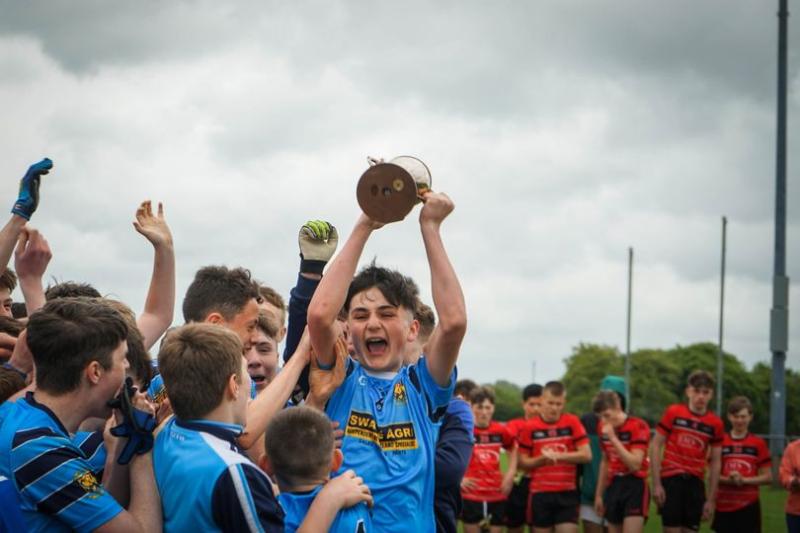 There was just no stopping the magnificent Cnoc Mhuire Granard U-14 footballers who cruised to a most comprehensive win over Portlaoise CBS in the Leinster Post-Primary Schools 2nd Year Final at the Kinnegad GAA grounds on Monday.

The extremely talented Cnoc Mhuire team, coached by James Carroll, produced their best performance of the season to outclass the opposition as the Granard secondary school won yet another title in adding to their impressive long list of football honours.