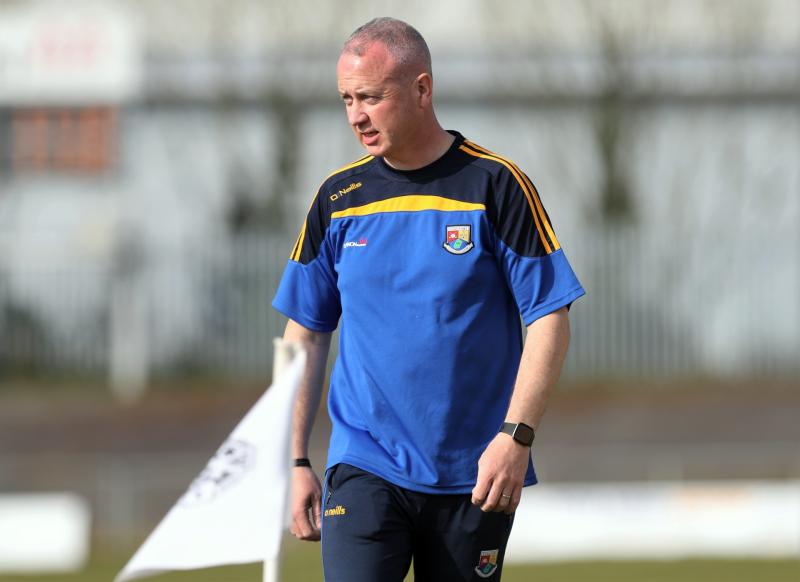 What a weekend for Longford GAA with the senior footballers scoring a tremendous win over Laois at O’Moore Park to avoid relegation in Division 3 while the senior hurlers were also impressive in defeating Leitrim to reach the National League Division 3B final against Fermanagh in Carrick-On-Shannon this Saturday evening, throw-in 5pm.

The footballers were really fired up in coming out on top by the comfortable margin of seven points and the star of the show was Dromard hitman Joseph Hagan who shot 1-6 from play in Portlaoise.

With Louth scoring their expected win over Wicklow to clinch promotion, Longford ended up on the same number of points as Laois who dropped down to Division 4 on the head-to-head rule.

The County can now look forward to playing Down, Offaly, Westmeath, Antrim, Fermanagh, Cavan and Tipperary in Division 3 of the NFL next season.

The Longford hurlers produced their best performance this season against Leitrim and are making steady progress under the guidance of their new manager Adrian Moran from the Ringtown club in Westmeath.

Thus they will be in a fairly confident frame of mind in their quest to collect some silverware and promotion to Division 3A of the National League when they face Fermanagh in the title decider at Páirc Seán in Carrick.

When the counties clashed in the Division 3B group stage earlier in the season, Fermanagh scored a narrow win (1-10 to 0-11) at Pearse Park and the midlanders will be going all out to gain revenge in the match that really matters.

Minors in action against Kildare

The Longford minor footballers are also in action on Saturday when they travel to Newbridge to play Kildare, throw-in 12 noon.

Gareth Johnston’s charges scored a great victory over the reigning All-Ireland champions Meath in the opening round of the 2022 Leinster U-17 Championship but are now facing an even tougher task.

Kildare cruised to a most emphatic 3-12 to 0-5 win over Offaly in Round 1 of the group stage  but the talented Longford team will give it their best shot in the bid to spring another surprise.

County U-20 side take on Wexford

The very busy schedule for the county teams will continue at Parnell Park in Dublin on Wednesday evening next, April 6, when the U-20 footballers (managed by Clonguish clubman Kieran Carey) take on Wexford in the opening round of the Leinster Championship, throw-in 7.30pm.