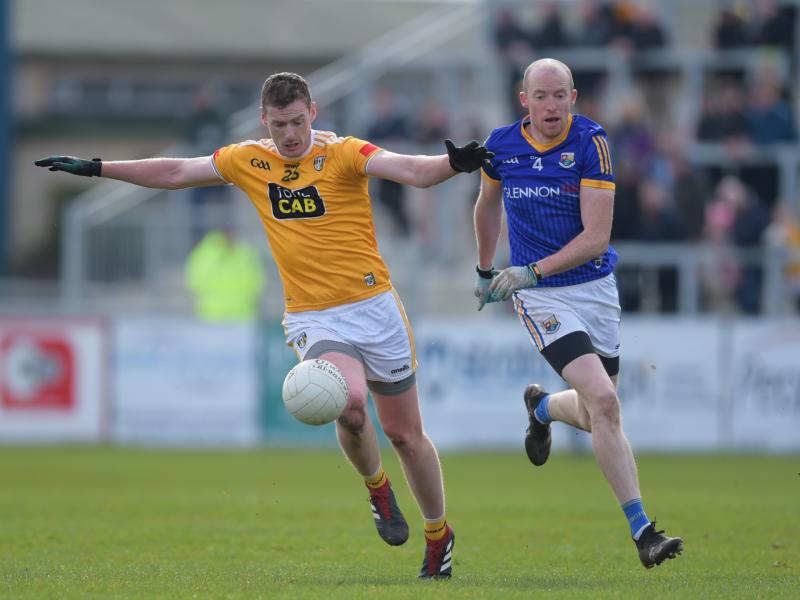 Rattled by the concession of a penalty goal direct from the throw-in, disappointing Longford crashed to a heavy defeat against a far sharper Antrim side at Corrigan Park in Belfast on Saturday last.

Hopes were raised of surviving in the Division 3 minefield following the great win away to Westmeath the previous week but this latest setback is a serious slip back into the fierce relegation battle.

Billy O’Loughlin’s boys now need a win at home to fellow strugglers Wicklow in Round 6 of the National Football League on Sunday next and will also have to beat Laois in the final fixture at O’Moore Park the following weekend in the frantic bid to avoid the dreaded drop down into Division 4 next season.

Coming to the compact Corrigan Park in the quest for a positive result was always going to prove a very tough task and Longford were dealt a big blow before a ball was kicked in Belfast with injury ruling out the captain Michael Quinn.

The driving force of the regular centre-half-back was sorely missed, to say the least, with Dessie Reynolds and Keelin McGann also on the current casualty list.

Longford lost the vast majority of the 50/50 tackles on the tight pitch against a physically stronger Antrim outfit who were rampant with the advantage of the wind in the one-sided first half.

With their slick attack first to nearly every ball, allied to their excellent support play, Antrim ended up in a commanding 1-11 to 0-3 lead at the break as poor Longford were blown away.

While it was rather embarrassing to watch, Longford were denied a badly needed goal in the 30th minute when Darren Gallagher had a point-blank shot stopped by the competent Antrim keeper Oisin Kerr in the 30th minute after Aidan McGuire had hit the upright in his attempt for a point.

Deflated Longford hardly raised a gallop in the first half with their three scores all coming from frees converted by Darren Gallagher and  the resilient midfielder did his best to lift his side in the second half.

While the visitors were guilty of shooting a total of 11 wides during the course of the game, as compared to six for Antrim, it must be said that the midlanders were second best in most positions in their dire failure to match the high intensity they showed against Westmeath.

In a team laced with several young players, the odds are stacked against Longford at this moment in time with a lot of lessons to be learned but things can only get better.

A fair few Longford supporters made the trip to Belfast but they were stunned with just ten seconds gone on the clock when Antrim were awarded a penalty for the Patrick Fox foul on Odhran Eastwood and Tomas McCann stepped up to blast the ball into the back of the net.

The home county were 1-4 to 0-0 in front before Longford eventually registered their first score in the 13th minute from a free converted by Darren Gallagher.

The highlight of the first half was the three points scored (free, play and mark) by the lethal Antrim full-forward Conor Murray in quick succession while the penetrating runs of powerful centre-half-forward Marc Jordan also caused havoc for the Longford defence who were under severe pressure.

The other Antrim points in the first half came from Tomas McCann (2), Ryan Murray (two frees), Ruairi McCann (mark and ‘45), Conor Murray (free) and Jordan and it was all over as a contest at the break.

Longford tried hard to close the wide gap on the changeover but Antrim kept the scoreboard ticking over in adding another eight points to their emphatic tally through Ryan Murray, Tomas McCann, Odhran Eastwood (2), Conor Murray (2) along with a brace from substitute Pat Shivers.

Oran Kenny got his name on the scoresheet for Longford in the early stages of the second half and with the aid of the stiff wind a total of eight more points followed with Jack Duggan, Jayson Matthews (three frees), Mark Hughes, Darren Gallagher (a cracking long range strike), Kenny (free) and Cian Dooner on target.

Daniel Reynolds, one of five substitutes brought on, tried to engineer a goal chance in the 45th minute but the danger was cleared while Gallagher let fly with a rasping shot that whistled wide of the post in his attempt to find the back of the net in the 64th minute.

Longford were creating quite a few scoring chances with Eoghan McCormack squandering a decent goal opportunity in the 70th minute but Antrim were generally in cruise control after building up a whopping 11 points lead in the first half to put the issue beyond all doubt.

In fact, the saffrons had actually extended their advantage to 13 points with time running out before Longford finished with a flourish to register three consolation scores.

This is a game that Billy O’Loughlin’s side will want to forget in a hurry and their tale of woe was complete when Eoghan McCormack (second yellow card) was sent-off  in stoppage time.

Longford manager Billy O’Loughlin was clearly very disappointed in the aftermath of the heavy defeat against Antrim at Corrigan Park in Belfast but he was anxious to stress that he wasn’t going to make excuses for the fact that his team didn’t perform to the best of their ability on the day and that the better team won.

O’Loughlin said:  “Perhaps it’s difficult after putting in such a huge performance and effort the previous week in beating Westmeath to get to that level of intensity and we certainly didn’t against Antrim until the second half.

“When you concede 1-11 in a half it’s going to be tough and that’s what happened in Belfast  but we will pick ourselves up and go again next weekend at home to Wicklow.

“These lads are young and it is going to take time at the strength and conditioning to get to the level that Antrim were at in that department as they are two years further down the line in their development compared to Longford.”

Billy stressed that no matter who is managing the team the S&C programme being implemented at the moment must continue.

O’Loughlin did state that the team was stretched due to the absence through injury of Michael Quinn, Dessie Reynolds and Keelin McGann and he hopes to have some or all of this trio back for the last two league games against Wicklow and Laois. 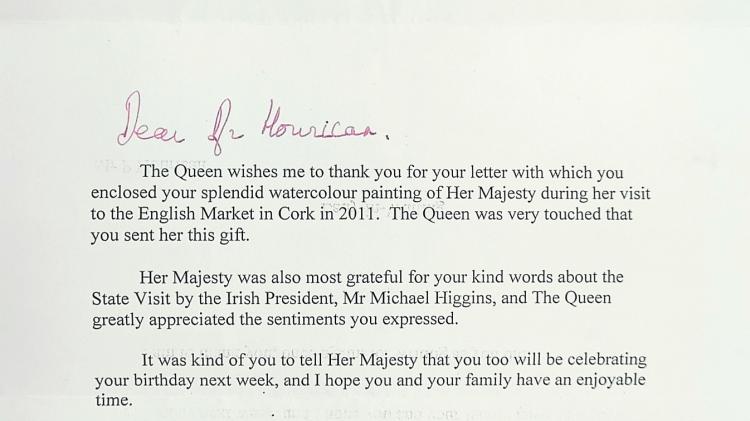