Longford looking for another positive result away to Antrim 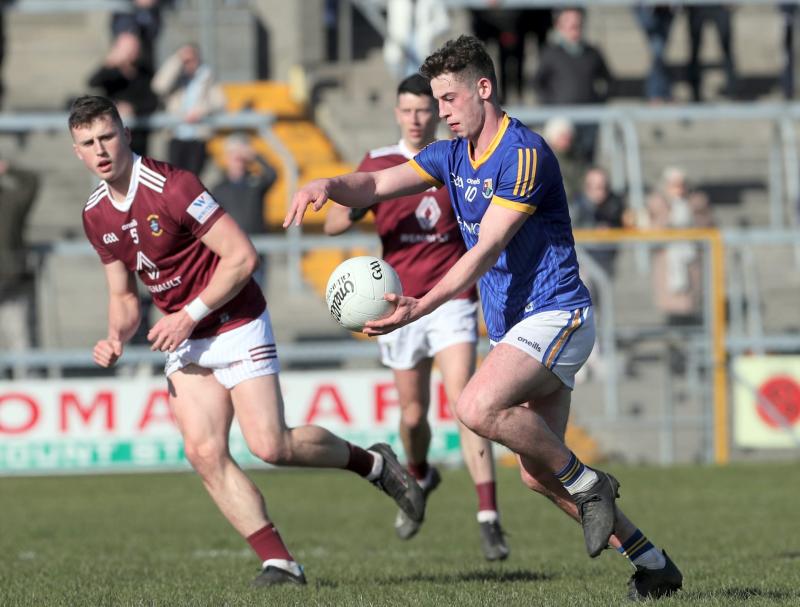 The impressive Joseph Hagan on the ball for Longford against Westmeath. Action from the National Football League Division 3 game at TEG Cusack Park, Mullingar on Saturday last Photo: Syl Healy

What a difference a win makes! The Longford players were buzzing after whacking Westmeath in the refixed Round 3 game in Mullingar on Saturday last.

It was also a big boost for the new manager Billy O’Loughlin who plotted the surprise downfall of the neighbouring rivals to ease the relegation pressure in the so competitive Division 3.

After tasting the sweet smell of success for the first time in the National League this season, the county senior footballers will be facing Antrim in a fairly confident frame of mind.

Having said that, the Ulster opposition are a physically strong side and securing another positive result at Corrigan Park in Belfast on Saturday (throw-in 2.30pm) is a serious test for a generally young Longford side who are currently second from bottom in the league table.

Antrim, promoted from Division 4 last season, got their 2022 league campaign off to a great start when they beat Fermanagh by the wide margin of nine points in Enniskillen.

Managed by former Tyrone All-Star midfielder Enda McGinley who won three All-Ireland senior titles with his native county, the saffrons then suffered a setback in Round 2 in losing at home to Limerick.

A subsequent win over Wicklow at Corrigan Park and a draw away against Laois has put Antrim right back on track and they will be hard beaten with home advantage.

Things are extremely tight in Division 3 with just three points separating seven teams in the fierce battle for the two promotion places, not forgetting the threat of relegation with bottom of the table Wicklow looking doomed at this stage.