Longford seek vital victory away to Limerick in the National League

Injury could rule out Darren Gallagher? 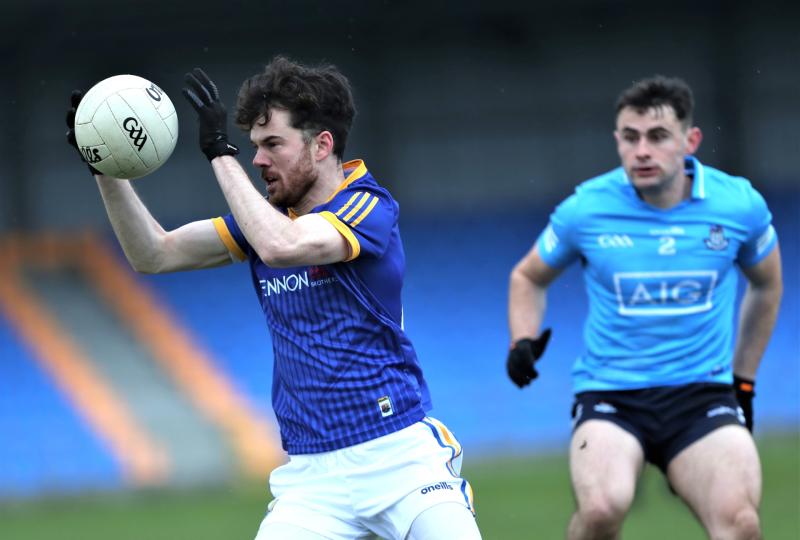 More than any other season there is a lot of stake in Division 3 of the 2022 National Football League with Longford seeking a vital victory against Limerick in the Round 1 clash at the Gaelic Grounds this Saturday evening, throw-in 5pm.

The latest news from the Longford camp is that injury could rule out Darren Gallagher and it will be a big blow if the powerful Granard player is unable to take his regular place at centrefield for the county.

With a major emphasis in the tough battle for the two promotion places with the successful counties avoiding the drop down into the new second tier championship, the Tailteann Cup, the intensity in the league will be higher than ever.

The new Longford manager, 36-year-old Billy O'Loughlin, had more or less written off the chances of the midlanders making an impact in the Leinster Championship which he has described as a ‘defunct competition’ such is Dublin’s total dominance.

Looking ahead to the National League, O’Loughlin feels that Division 3 is Longford’s championship and he even went as far to state that his side will be placing little or no emphasis on the Leinster campaign.

Longford face neighbouring rivals Westmeath in the quarter-final of this year’s provincial championship at Cusack Park on May 1 with a decent chance perhaps of reaching the last four.

While the National League is very much the main priority in the view of the Longford boss Billy O’Loughlin with promotion guaranteeing participation in the top tier All-Ireland qualifiers, that target will prove difficult to hit.

Starting with the tricky trip to Limerick this weekend, Longford are also away against Westmeath, Antrim and Laois and picking up points in Division 3 is going to be a tough task.

While Longford are a team in transition during the current rebuilding process, positive results will need to be achieved in the home fixtures against Louth, Fermanagh and Wicklow to stay clear of a possible relegation struggle.

That particular pressure will be eased considerably if Longford can succeed in beating Limerick in the opening round this weekend and it would give the players a big lift in the confidence factor.

Mickey Harte’s Louth, who gained promotion from Division 4 last season, are the visitors to Glennon Brothers Pearse Park for the Round 2 game the following week and the prospect of another win would leave Longford in a very good position.

Whatever about their promotion hopes, the consolidation of the Division 3 status would be a satisfactory outcome for the new Longford management team.

While a lot of young players were given the opportunity to make their debut for the county seniors in the games against Louth, Offaly and Dublin in the O’Byrne Cup, the presence of the experienced players on the team will be required against Limerick.

Patrick Fox, Andrew Farrell and Barry O’Farrell will backbone the defence while a move to midfield for the versatile Michael Quinn would appear to be the best option and particularly so if injury prevents Darren Gallagher from lining-out against Limerick.

Dessie Reynolds, Darragh Doherty, Joseph Hagan and Robbie Smyth are the established regulars in the attack who featured in the O’Byrne Cup.

Making the best use of the scoring chances that are created is going to be a key factor in the match against the improving Limerick side with their manager Billy Lee now in his sixth season in charge.

“We have worked hard to make this a tight squad. We are building it year by year,” stated Lee.

So unlucky to lose by a solitary point after extra-time against the eventual shock Munster champions Tipperary in the semi-final of the 2020 provincial series, Limerick pushed on to make a big impact in the National League last season.

Split into two divisions (north and south) due to the Covid pandemic, Limerick beat Tipperary and Wicklow along with a narrow defeat against Offaly on a 0-16 to 1-11 scoreline.

Those results were good enough to clinch a place in the Division 3 semi-final against Derry with Limerick losing by just four points after producing a strong performance against the team who went on to win the league title.

That progress continued with a landslide victory (4-18 to 0-12) over Waterford in the opening round of the 2021 Munster Championship and Limerick then lost out to Cork (1-16 to 0-11) in the semi-final.

Even though a few key players are apparently not part of the panel this year, notably full-back Brian Fanning, midfielder Tommie Childs and attacker Danny Neville, Limerick should still provide a stern test for all the other teams in Division 3

Experienced centre-half-back Iain Corbett along with midfielder Darragh Treacy and forwards Cillian Fahy and Hugh Bourke are their main men and Longford could be hard pressed to come away from the Gaelic Grounds with a brace of valuable league points.

While Limerick suffered a crushing 2-23 to 0-6 defeat against a strong Kerry side in the McGrath Cup at the beginning of January, little can be read into that result.

Billy Lee opted to field a very experimental team in that low key fixture in order to have a look at a number of newcomers.

Limerick went on to produce a much better display in their other pre-season exercise in the Munster senior football tournament, losing by a point against Tipperary.

A new member of the Limerick backroom team is their former manager Maurice Horan, who worked alongside Stephen Rochford when he was the manager of Mayo.

Horan was also involved with Laois last year and the very experienced coach is a valuable asset for Limerick who are assembling a new-look squad.

A winning start for Longford in the competition that really matters will be a major boost for Billy O’Loughlin and his players and hopefully that will be the outcome in the probable tight contest.