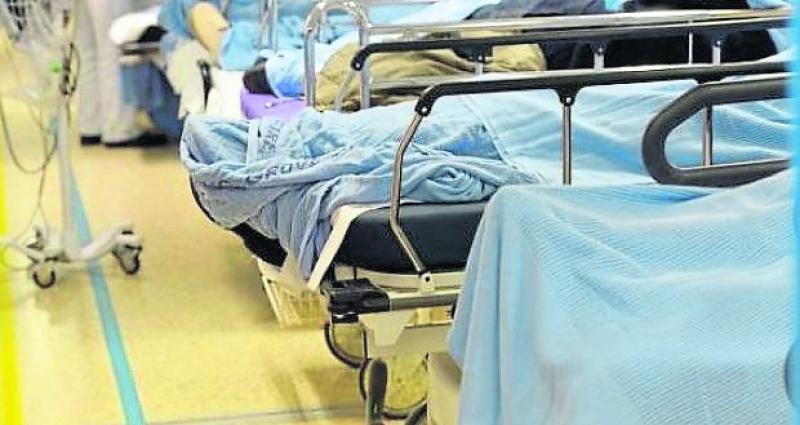 Irish people are not, by nature, militant. We like to try and see the reason for everything, and are patient with various governments, when they too are believed to try helping everyone.

We’ve had years of being incredibly generous to the wealthy, in our tax laws, at the expense of the ordinary worker and their families. Crime is taking over, all across the country. It’s now endemic.

The government is constantly quoting incorrect figures on housing, trolleys, and trying desperately to defend and contradict the fact that the Gardai are in need of upgraded resources, in terms of computers, and general technology. We keep being told that the Gardai themselves, say that they are fully resourced. Who on earth does the Government think they’re talking to? Some aliens from space, or millions of uneducated idiots in every county?

The government's attempts to mislead the public, shows how old fashioned they are, they keep forgetting that it’s possible nowadays to check the exact figures on most things.

For instance, January 2020 saw record high levels of hospital overcrowding on January 6 & 7, where 760 patients received care on trolleys; and chairs. Think about an elderly woman or man trying to sleep in a chair?

12,024 - twelve thousand and twenty four - admitted patients went without beds in Ireland’s hospitals this month, according to new analysis by the INMO. This is the second-worst month for overcrowding on record. In other words, since this state was formed.

In the past week, we have seen thousands upon thousands of voters take to the streets in protest about various causes.
We saw them in Limerick, Dublin, Tipperary, following the thousands of farmers who were so frustrated that they drove their tractors all the way to Dublin to cause Dublin to be inconvenienced greatly, because that was the only way to make the government respond to anything. Exemplified by Michael Creed the Agriculture Minister finally coming down off his ivory tower to actually speak to the farmers, and maybe even listen to what they had to say. But I wouldn’t bet on the last part.

Alongside all of these activities, nobody seems to realise that Ireland, is currently bordering on anarchy. There is clear evidence this is where Ireland is eventually headed.

That’s for another column, when the general election is over.

Also read: 'It would be farcical if electorate ignored while FF & FG guard their own standing'