Longford Leader columnist Mattie Fox: It would be farcical if electorate ignored while FF & FG guard their own standing 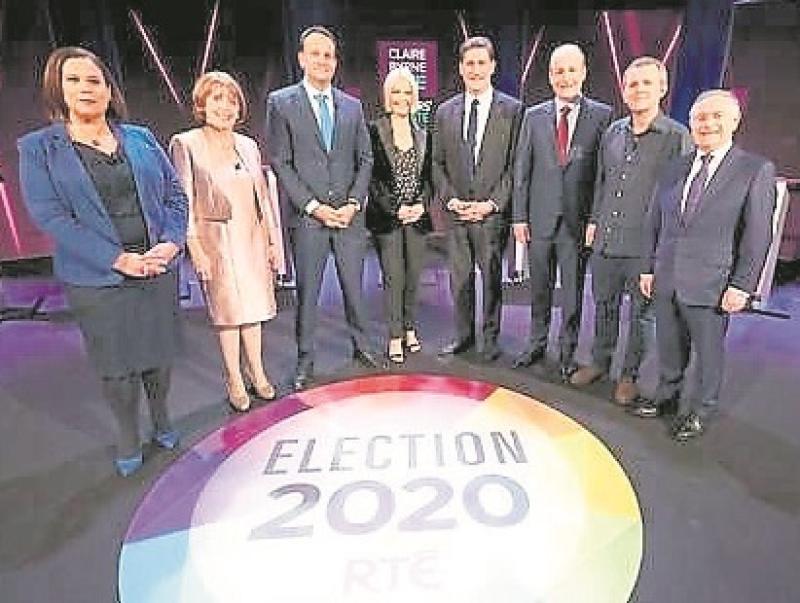 What do people care about in the coming election? Not Brexit, that’s for sure; not when thousands of people cannot get an appointment, not when rural Ireland is awash and out of control with drugs, not when thousands are homeless, sleeping in tents, walking the streets daily trying to let the hours slip by, before they can return........often with children in tow.

Why would anyone care tuppence about Brexit until these worries have begun to be handled. The health service is in chaos, yet at a time when thirty million would solve the consultants issue (per year), we are more concerned with lowering taxes than spending money.

Imagine the difference that €30m would mean to hospitals if consultants and their teams were reinstated to hospitals. Imagine how many of the hundreds of thousands would be seen in one year alone, if consultants were paid the required amount.

Nurses too are scandalously neglected, and should get a real raise in wages, and immediately we’d find nurses are staying in Ireland, instead of emigrating.

The crime/drugs in rural Ireland - where I live - is rampant. The entire country has been taken over by the drug cartels, who have gradually built levels of pushers, runners, and distributors. Not necessarily in that order! It’s those who don’t take drugs at all themselves who control the drugs trade. Millions and millions of euro are being lodged to various accounts while nobody is anxious to take on the people involved. Drugs have now inhabited every single village in Ireland.

The big debate on Virgin television hosted by Pat Kenny, didn’t tell anyone anything. Pat meting out the time allotted to two men, both of whom sounded awfully boring, not a new idea between them. High on self-praise and personal records, low on solutions.

Plenty of the old arguments, quoting statistics - which mean little in election campaigns - while desperately searching for a chink they could exploit. So An Taoiseach Leo Varadkar took drugs in another life. So what, who cares what he did at that time? This fact almost became the highlight of the debate.

Micheál Martin was questioned on his former actions; isn’t it now we should enquire about? Nothing whatever learned, meanwhile Sinn Féin were equally described as not suitable partners for government. How infantile can two leading politicians get?

Days later, a poll suggested that Sinn Féin are neck and neck with FF in terms of “definite votes” (whatever that means!), on 17% each, while Fine Gael have dropped to 14% in the same poll - Sunday Business Post. ‘Available voters’ in the same graph showed Fianna Fáil on 48%, Sinn Féin on 42% and Fine Gael on 41%. Will Fianna Fáil continue to disregard the electorate if Sinn Féin still continues to surge?

This is not to suggest anyone has special entitlement to share government, but it shows how farcical if the electorate can be ignored, while Fianna Fáil & Fine Gael guard their own standing. Maybe Gene Kerrigan in the Sunday Independent is right.

Also read: ALONE calls for action on housing and health for older people ahead of #GE2020