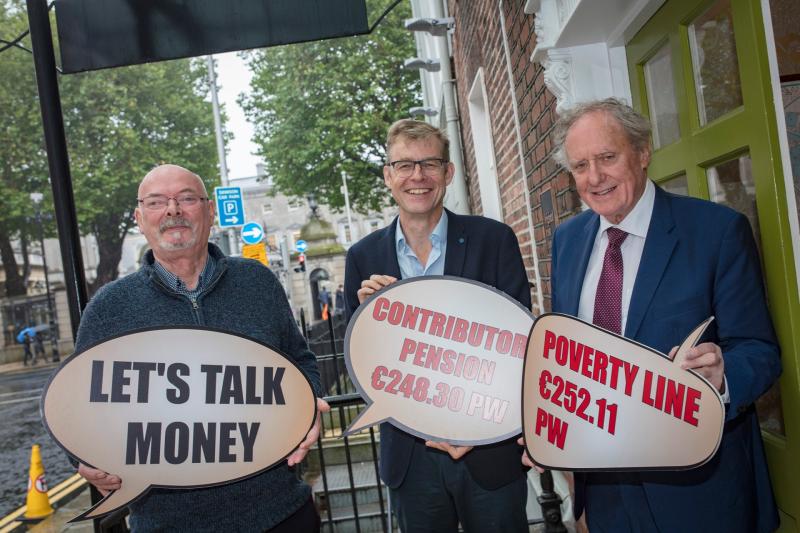 The organisation is calling on candidates to commit to four key asks ahead of the election to ensure the diverse needs of older people are included in the next programme for government.

ALONE also criticised the lack of vision and funding dedicated to older people’s services which is resulting in the basic needs of older people going unmet, particularly in the areas of housing and health.

“There are 20,000 more older people in poverty now than there were last year. There are more than 7,000 people on the waiting list for home support. The number of people aged 70 and over in need of social housing has increased by 9.9% in just one year. These numbers are stark and they highlight the real experiences of older people in Ireland today,” said ALONE CEO Seán Moynihan.

“Older people need more than a commitment to a fairer State Pension. We need representatives who will deliver real change for the older people we work with who are experiencing homelessness, who can’t afford to heat their homes, who are on hospital trollies, on waiting lists for home supports and those who are lonely and isolated from support structures,” he continued. “While we have seen progress and commitments in relation to some of these areas, ultimately the people we support need to see real action now, not in five or ten years’ time. Older people need financial security, safe housing, support with health and wellbeing, and to have their voices heard, but ultimately these needs are going unmet for many. We need to urgently rethink how we are supporting older people, particularly in the context of our ageing population.”

To achieve this, ALONE is asking candidates to commit to:

1. Fund home supports and health services which enable older people to age at home
2. Set targets for housing for older people and link to supports to prevent a worsening housing crisis for older people
3. Halt increases to the pension age and triple lock the State Pension
4. Appoint a Minister of state exclusively for Older People and Demographic Change

ALONE noted the importance of broadening the conversation around the policy needs of older people.

“We must widen the scope of the conversation and ensure that the diverse needs of older people are being considered at the highest levels of Government. These are not currently being seriously addressed. The National Positive Ageing Strategy, which was published in 2013 and has not yet been implemented or funded nor are we fully implementing or funding Sláintecare. The next Taoiseach must commit to appointing a Minister of State for Older People and Demographic Change in their department to meet these needs and to plan for the opportunities and challenges of our ageing population,” he continued.