Longford Leader editorial: The eyes of the nation are fixed on Longford 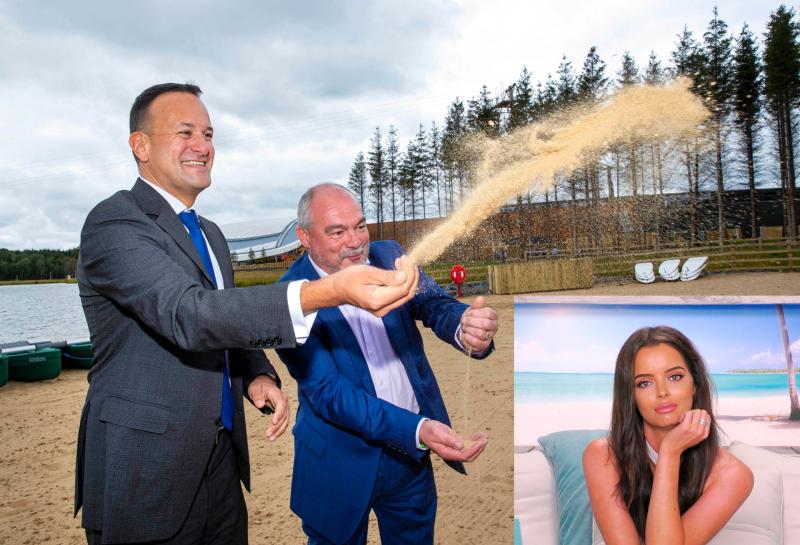 The eyes of the nation were on Ballymahon and Longford this past few days with the official opening of the €233 million Center Parcs Longford Forest holiday resort along with the grand finale of Love Island, featuring local model Maura Higgins.

Unfortunately, Maura, who many viewers credit for saving the entertainment value of this season’s Love Island series, finished 4th in the race for the overall £50,000 prize.

However, there was some consolation for the Irish as Limerick rugby player Greg O'Shea and beautician Amber Gill were winners of the public vote, with the long-time favourites Tommy Fury & Molly-Mae Hague coming in as runners-up. In third were Ovie Soko & India Reynolds.

Big crowds gathered in Skelly’s, Ballymahon and The Rustic Inn, Abbeyshrule to cheer on model Maura and her partner Curtis Pritchard in Monday’s final which was screened live on ITV 2 and Virgin Media Two. On these shores over 653,000 viewers watched the live ‘Love Island’ final and while she finished fourth it no doubt won’t be very long before we see Maura back on our TV screens.

The Ballymahon bombshell, as she is described, has also built up a following of 1.4 million on Instagram and she has a very bright future ahead of her.

During a media briefing, ahead of the official opening of Center Parcs Longford Forest, CEO Martin Dalby revealed that a sister of Maura’s works at the Aqua Sana spa complex in the resort and Mr Dalby stressed that Center Parcs was here to stay.

He pointed out, "This is a long term investment in quality tourism for the Irish family market. It will revitalise the local economy and community of Ballymahon and Longford and we will continue to work with the local community to ensure we remain good neighbours."

2,000 special guests were invited to an exclusive weekend and treated to a spectacular family event to mark the opening of Longford Forest and with ‘90% occupancy and possibly higher in Year 2’, the Center Parcs is confident for the future.

Great times for Longford and here’s hoping they continue.