Roving Leader: The 3 Province cycle, a mammoth journey in aid of St Christopher's 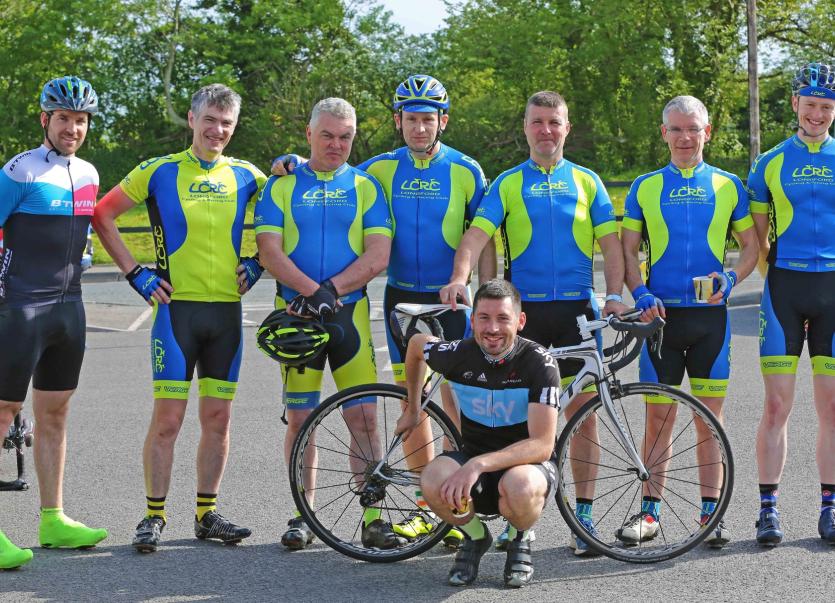 The ‘3 Province cycle’ is a fundraising initiative first coined by Longford locals Donal Madden, Paul McCormack, Richard Pym and Philip Mullins. The cycle takes place on Sunday, May 26, and this year’s event will be the fifth annual instalment.

“Our total raised over the past four years is €34,800 which is fantastic.” Organiser Richard Pym told the Leader.

To date, funds raised have provided a huge boost to the services provided by the team at St Christopher’s. Funds donated to date have enabled management at St Christopher’s Respite houses to install their own sensory garden, to the delight of everyone at the facility, while funds donated to the school, meanwhile, have allowed them to purchase bicycles specially catered to those with special needs.

“The money that went to the school last year allowed them to buy some special need bikes,” he added.

After seeing the impact the additions have had on the people using the services at St Christopher’s, the team of organisers are more determined than ever to up the fundraising ante.

The fundraiser journey, which takes place on May 26, is not one for the feint hearted and will see participants undertake either a 75km or 40km journey. Those participating in the 40km stretch will commence the cycle at 10:30 pm, leaving the Drumlish Community centre before taking in trips to Moyne, Arvagh, Carrigallen, Cloone and Mohill, and returning back to Drumlish.

At the halfway point, , which is the Spirit Bar in Mohill, refreshments will be served.

“There is a halfway point at the Spirit Bar in Mohill, where people can get water and go to the toilet, bananas, tea and biscuits.” Philip Mullins told the Leader.

After the completion of the mammoth journey, with the final cyclists expected to arrive back in Drumlish at approximately 2-3pm. Refreshments will again be served, this time in the Drumlish community centre.

Richard said, “The lads from the Longford cycling club usually attend in big numbers and they tend to push the pace on a bit.

“They usually leave on the 10am start and they usually arrive back just after 12.”

Philip added, “The last of the cyclists usually roll back in around two o’clock. There will then be some refreshments, tea and sandwiches, back in the hall afterward.”

The entry fee to take part in the 3 Province cycle is set at €20. People can also take part by acquiring and filling a sponsorship card. Registration for the event takes place from 9am and people can get further information from either Philip (087-4197481) or Richard (087-2571457).

They can also email any enquiries to 3.province.cycle@gmail.com or they can also get in touch with the team via their Facebook page - 3 Province Cycle. The main sponsors of this year's event are Ganly’s Longford. All participants must have all of the required safety gear before setting off on their journey.

Philip said, “If anyone wants to make a donation on the day they can. All money is welcome.

“A big thank you to all of the marshals, volunteers and everyone who has helped out to date.

“We couldn’t do it without them. Hopefully the big man in the sky will give us a bit of sunshine this year.” he chuckled.

The team behind the ‘3 Province cycle’ don’t end their charitable efforts at just the one event, so don't worry if you cannot take part in the cycle this Sunday. Organisers regularly hold many other fundraising events throughout the year.

Richard explained, “We actually have a couple of other fundraisers throughout the year also. They are usually held in local pubs around the area.”

One such fundraiser is an annual event at Cassidy’s Old Village Inn in Drumlish, which will take place on the Sunday of the upcoming August Bank Holiday weekend. As always, any money raised will go to St Christopher’s and musical entertainment on the night comes courtesy of local act Nite Fever. Admission is optional on the night.

“We tend to have a bit of a raffle that night as well, with a few good prizes,” said Richard.

“Nite Fever will also be there to play some music. It should be a good night,” he concluded.