Letter to the Editor: Notre Dame or Mother Earth? We can save both but will we? 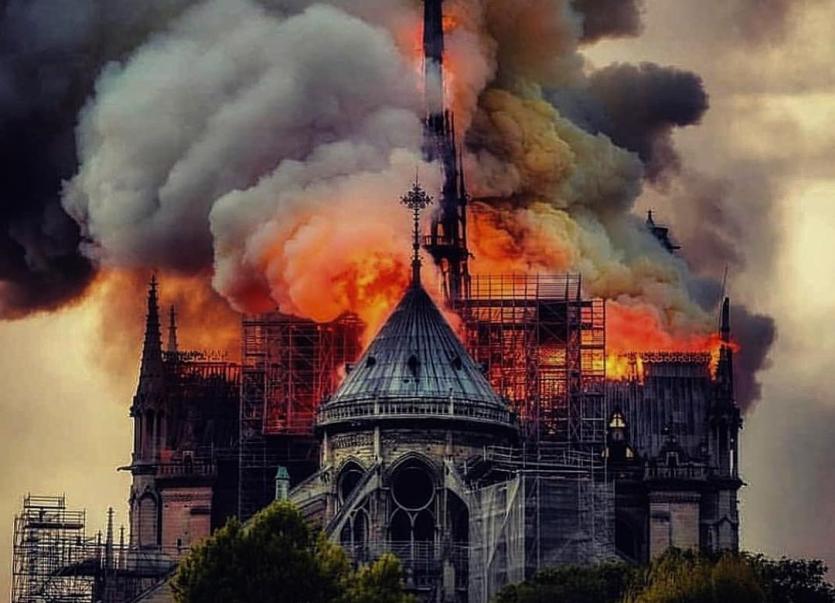 Like many others, I watched Notre Dame burn in flames. I watched in horror and despair. All of us who have ever had the privilege to wander in her door and stare upwards at her magnificence, to climb up her stairs and stand beside her gargoyles looking at Paris down below know she will never be the same again.

No matter what creed, or lack of creed we had, we stood in a structure which showed the beauty, art and brilliance of human creation. She was built in the 12th century by hand, by many hands, and most of the skills used to build her are gone. Our children will never experience the awe we felt standing in the middle of Notre Dame.

Immediately, it struck me that she will be restored to glory. Being from a little town in Longford, Ireland, I knew that there is hope, that while much is lost something equally magnificent could be constructed in her place. Another Phoenix from the fire, not to replace her, but to remember her by, will be built. She won't be the same but she will be rebirthed.

The irony of my feelings of despair and hope slapped me in the face quite suddenly. Here I am, saddened by bricks and mortar laid down by people no longer here and in 11 years or less most of the species of this world won't be here and there will be no beautiful Earth for my children to enjoy.

In fact most of the children of Mother Earth will be dead. Many are already dying every minute of starvation, in Yemen, Syria and on the streets of Europe where we mourn a building we call Our Lady, Our Mother. Our Lady, Notre Dame is gone. So are species of rhinoceros, turtles and bees. Soon will be polar bears and giraffes. Babies in their mother’s arms are dying but let's wail and pull our hair out over a church no longer frequented by the people of her country. Secular France has lost their Lady. Why is it so important to us all to protect buildings made by man and not the Earth which bore us forth and sustains our life?

My work is all about remembering the past, the stories, artefacts and monuments. I guide people around old buildings and lament the state of those that are not protected, those falling down around the county that I live in. When not working, I drag my house guests around thousand year old dolmens, forts and falling castles. I campaign for restoration of significant buildings. Notre Dame burning before my eyes hurts my heart, makes me weep. I'm not dismissing the tragedy of it all.

I am, however, amazed at tweets from all the world, from places being bombed and torn down for oil and land, for greed and avarice. People who don't know if they will see another day are saddened by the loss of Notre Dame. Why do we think it is ok for babies to die in war and animals to disappear to memory, for gases to continue to expand from our vehicles and homes, for plastic to suffocate our fish and yet we mourn a building? Is it because people, animals and plants are transient? We are used to them being born and dying quickly compared to rocks made into churches and so the preserving of those rocks has become our purpose.

Like many others, I will probably donate a little of what I have just as we did for the camps of Calais, for Syria, Yemen, for a Cathedral in Longford Town, built during a famine that ravaged our country, built while thousands died and were buried right beside it.

Paris will be fine, she lived through many more distressing horrors than losing her lady. Her lady will reemerge from the flames while campaigns for ending famines and wars achieve very little.

In 11 years or so despite our marching, protesting and shouts the Earth herself and all her babies will have died but the bricks and mortar will remain to say we stood here and were magnificent.