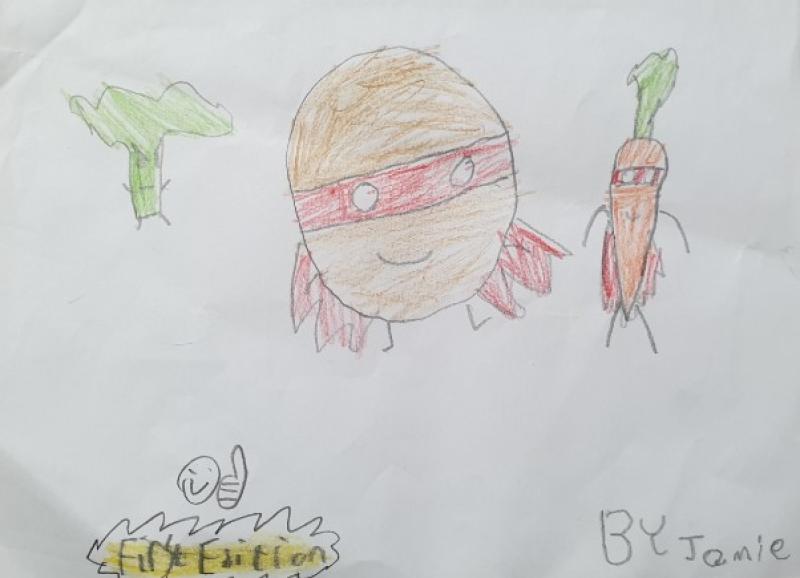 As part of Autism Awareness Week 2019, which runs until Sunday, April 7, the Longford Leader is posting the thrilling Super Potato series, written by Gaelscoil Longfoirt pupil Jamie O'Neill. Jamie is 10 years old and is on the spectrum and we must say, he's an excellent storyteller.

Super Potato was created by being thrown into a big pot of radioactive boiling water. A man came with a knife and
fork to try to eat him.

Super Potato tried to escape but the man stabbed him with a fork.

Super Potato's sidekick Mr Super Carrot arrived and threw all the carrots he could at the man.

Then he took the fork out of Super Potato.

Tune in tomorrow for the second nail-biting episode of Super Potato!