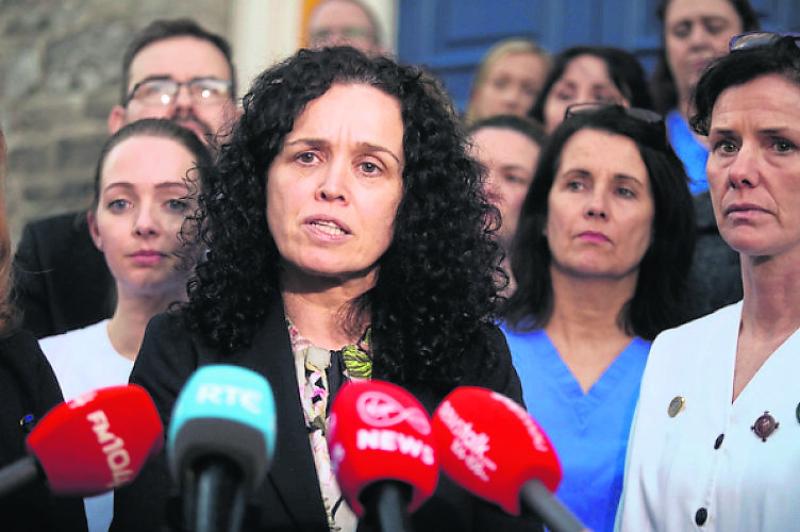 So the nurses are finally going to strike. It’s a shame it’s come to this, but sadly our government are very far detached from reality.

An Taoiseach Leo Varadkar, in fairness, comes from a way of life that couldn’t possibly understand the rural Irish way of thinking, and nobody expects him to, but his party faithful should really know better.

As a Taoiseach, he’s not bad at all.

But the party faithful are so besotted with the Taoiseach that they’re not prepared, or else they agree with him - one finds it hard to tell - to tell him that he needs to look at the nurses more compassionately, instead of ignoring them, and then allow nurses to be threatened when they nominate definite strike days.

It’s not a great basis for relationships.

All Simon Harris the Health Minister could say was that strikes are unwarranted, and could be avoided. Meanwhile, through the Department he threatened all sorts of penalties on nurses if the strike goes ahead.

If ever a man was in above his depth, it’s Simon Harris.

What a tragedy this has become.

Nurses have long waited for something approaching parity in their pay scales, and some effort to balance the hiring policy, which has such terrible effect on patients.

ALSO READ: Nothing could prepare Longford comedian Sean Finnerty 'for the adrenaline rush' of appearing on The Tonight Show with Jimmy Fallon

It’s not the nurses that have caused the outrageous delays for treatment, rather it’s a choice that this and other governments before them made. We have now reached a stage where it’s not safe in some hospitals anymore.

The fact is, young nurses will not come back to Ireland because the pay is low, and the conditions are appalling.

Simultaneously, but the same story really, many older nurses are retiring because their health is declining because of terrible working hours.

Nurse are not paid enough, no matter what people or government spin suggests, and they deserve to be brought back to pre-crash levels. It’s simply not true for anyone to say that the government doesn’t have the money.

It’s strange that the government spend far more money actually hiring agency nurses, to work on an occasional basis, than would cost to pay more to those already in employment.

The government have lots of money to make choices on what to spend it on. Lots of money.

Ireland is a rich country, after all.

We have more developments to improve the city of Dublin in train presently than would boost the Health Service beyond recognition.

Fr Peter McVerry said recently that “this country is run by the wealthy, for the wealthy, and everybody knows it except the wealthy, who think it’s their entitlement.”

I recently listened to a very astute man saying that “whether people like it or not, this is a posh government, run mostly by posh people, and are making it very hard to vote for genuine FG people who mean well.”

I couldn’t believe he said it, knowing him as I do, a genuine man.

Nurses are way down the list of things to prioritise, when it comes to government, and it’s as simple as that.

Not perhaps a nice thing to say.

Senior Government figures remain adamant they will not concede to the nurses’ demands, citing the upfront cost and the belief it would spell the end of the public sector pay agreement – something other unions have made clear to Ministers and officials.

Yet despite the hard line from Government Buildings, there are growing signs of nerves among Fine Gael backbenchers at the prospect of nurses on the picket lines.

Once nurses appear on the picket lines, the public will be reminded of how the government have already browbeaten people into accepting extraordinary waiting times.

They’ll also be reminded of how many times procedures are cancelled at the last minute, by HSE management.

Once nurses appear on the picket lines, and nowadays the nurses have serious representation, the government won’t stand a chance.

But the ensuing war will be bloody.