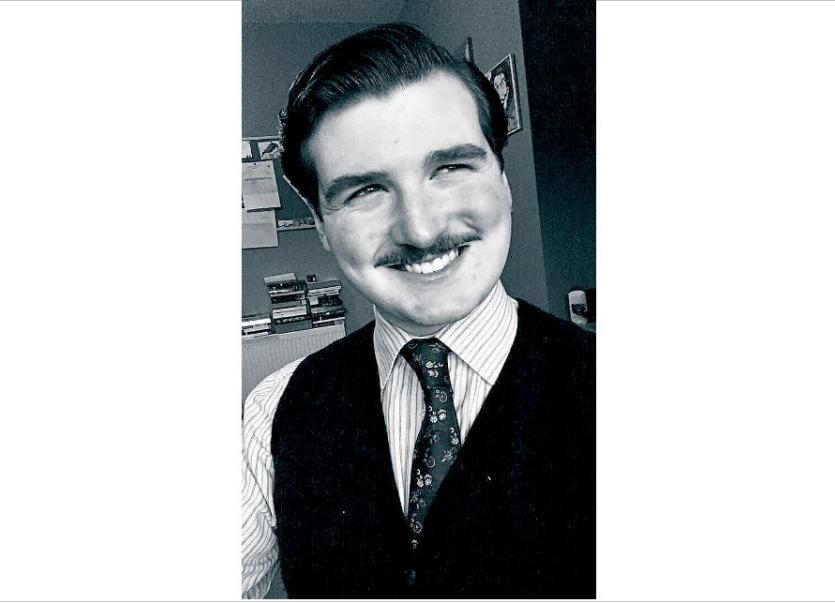 Arron E. O'Connor who has just started studying at Oxford.

Every year, around 20,000 students apply for a place to study in the University of Oxford but only 3,200 students get the opportunity to commence their study.

For 922 years, Oxford University has educated students from all over the world and is one of the most elite universities worldwide.

Arron E. O’Connor, who grew up in Longford, is going to start his studies in Oxford on October 1.

Is there a reason why you decided to study at Oxford?

Well, the obvious reason is the fact that Oxford is the best university in the world to study English literature according to the most recent QS ranking.

However, my answer is not based entirely on statistics. There is something charming about the place. Charming, and indeed, enthralling.

To be surrounded day and night as it were by buildings of historic consequence, and to know that you trod in the path of many greats (Oscar Wilde, JRR Tolkien, TE Lawrence, CS Lewis to name but a few) is simply phenomenal.

The reason to study at Oxford? Well, to live Oxford-ly!

What are you going to study and why?

My course is titled English Language and Literature (or Englanglit as contractions go!).

Why, why, why? What are a set of dusty old books? What worth has the entirety of human existence as we know it?

I am obviously being sarcastic (Christ, don’t shine me in such a light).

I am studying English, not only because I am passionate about reading and writing, but because literature serves as one of the most fluid art forms in my estimation.

We communicate every day, using these odd little things called words. We throw words together so that they may impose a certain meaning on the mind of the hearer.

Little do we realise that we are constantly doing it, and doing it in strange, convoluted ways.

I, for instance, might describe something as the bees knees… I might call someone the apple of my eye… I might even call someone a bookworm.

Taken literally, these phrases make no denotative sense. However, the beauty of language and literature is that we use odd postcards and snippets to create a full and awesome (in the original sense) understanding of the human experience.

“Polonius: What do you read, my lord?

Did you get a scholarship?

I didn't get a scholarship in the financial sense.

Rather, in January I received a conditional offer of a place at Jesus College, Oxford on the achievement of 6 H2s in the Leaving Certificate. Fortunately, these grades I did receive.

The offer I received came following an extended application process. I had to write a personal statement in order to first submit an application to the university through UCAS (the UK’s version of the CAO).

Following this, I was asked to attend an exam called the ELAT (English Literature Admissions Test), which I sat in Drogheda.

Beyond this, I had also to submit a school essay to the college so that they may judge my schoolwork.

After all this, I received an email which served as an invitation to present myself at the college for interviews with my tutors.

And so, in December I went. The interviews, though short, were somewhat intense, and I returned home wary of my application.

However, all went well (as you are aware). In January (the 22nd if my memory serves me), I received an email from Jesus College confirming my offer.

What are your plans for the future?

I divide my future into goals and dreams, for I believe it healthy to make a distinction. My goal is to spend time studying, achieve a DPhil (PhD in Oxford lingo) and pursue a career in lecturing. I have always wished to be a professor, and so a professor I hope to be.

My dream, however, is to publish my fiction. I am a writer by hobby and possibly nature, and it would be phenomenal to see my work read, appreciated and criticised by academics and general audiences alike. In life, I would be thus fulfilled.

Do you have some tips for local students who want to go to universities like Oxford?

Bloody hell. I’m not much of an advice giver. I worry that somebody might actually listen. Ha!

I think the best thing that I can say is to love your subject. I know this doesn’t serve as much of a four-steps-to-success kind of guide, but it’s the best I can give regarding attaining a place at a university like Oxford.

As regards less abstract concerns, I’d advise anyone thinking of Oxbridge (or anywhere else) to be independent and motivated, and to keep on top of their emails.

I almost missed the ELAT owing to a communications error. Little things like that can cause a whole lot of bother.

Finally, just go for it. Caesar crossed the Rubicon and all went well for him… mostly.