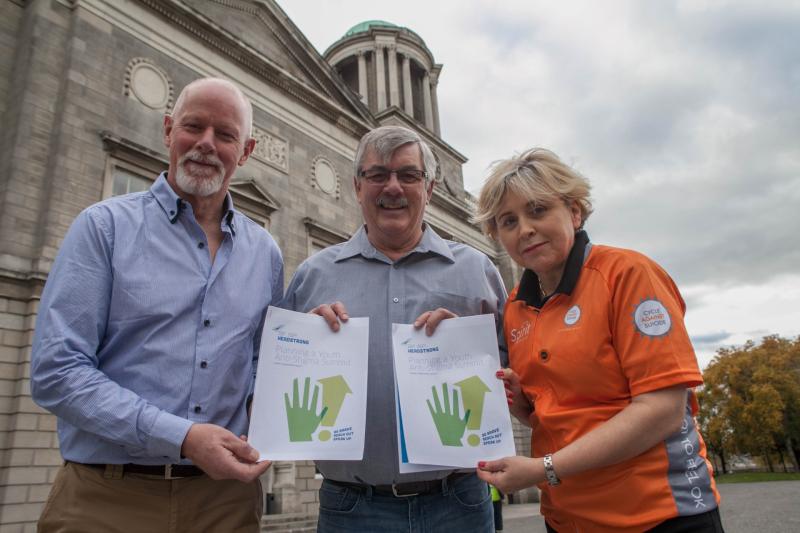 SCHOOLS from across Ireland are among the first to implement a new mental health programme - HEADSTRONG in association with Cycle Against Suicide - to address the stigma of Suicide amongst young people.

Students attended the launch of the school programme in Dublin on 4th October, for the introduction of the pilot programme, which will be rolled out within the selected schools in the coming months.

Caroline Lafferty, CEO of Cycle Against Suicide adds: “We have worked with the Mental Health Commission of Canada to introduce HEADSTRONG to our schools here in Ireland as we believe that this programme is invaluable in helping younger people to be brave and speak up about mental health.

“It’s a powerful, evidence based programme that has already won international awards, and with the help of the schools, we’re hoping that the pilot programme will be a huge success, with the aim of rolling out HEADSTRONG across all Irish secondary schools within the coming years. This is a core part of our mission in addressing mental health in younger people, which is currently at an alarming level in Ireland.”

Its introduction to Ireland comes through a partnership between Cycle Against Suicide and the Mental Health Commission of Canada.  At its core, HEADSTRONG works to reduce the painful stigma experienced by children and young people living with mental health problems and illnesses. It will teach students how to reduce stigma, become mental health champions in their schools, and the programme challenges students to examine the dangers of stereotypes and the harm created by stigma.

According to UNICEF’s latest report card on child well-being “Ireland has the fourth highest teen suicide rate in the EU/OECD region.” The report card warns that one in 10,000 Irish youth aged 15-19 will die by suicide. The report further shows that in younger teens, aged 11-15, “more than 22% report having experienced two or more psychological symptoms more than once a week.”

Even as Ireland faces those alarming statistics, an online survey by St. Patrick’s Mental Health Services shows that there is still great stigma attached to mental health issues.  According to the study, two thirds of the respondents said it was a sign of personal failure to be treated for a mental health issue.

On Thursday, October 4, 2018, Cycle Against Suicide convened the first HEADSTRONG summit at the Honourable Society of the Kings Inns, Constitution Hill in Dublin which was attended by young people from schools across the country. Summits are the anchor of HEADSTRONG.

This new school programme is critical as research shows that one in three young people in Ireland will experience some form of mental health issue in any given year. HEADSTRONG is one of Cycle against Suicide’s initiatives designed to break down the barriers and stigma around mental health illness.