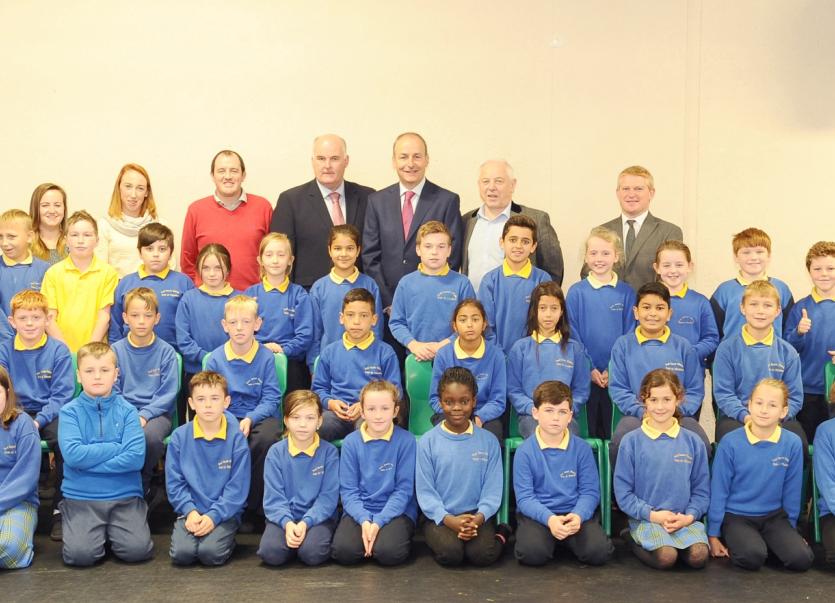 On a recent visit to the county, Micheal Martin TD, accompanied local Co Councillors, Pat O'Toole and Joe Flaherty on a tour of the KEPAK facility in Ballymahon. Now one of the foremost food producers in Europe, Kepak is also one of the largest employers in the county with 490 staff following the recent introduction of double shifts at the Ballymahon plant.

The South Longford facility is also the processing base for the firm's high end beef line, John Stone, which sell into top restaurants here and overseas and the meat is sourced locally from a select number of farmers, including Ballymahon's Enda Connaughton, who accompanied the politicians on the site visit.

During the visit senior management at the plant outlined their concerns in relation to Brexit, Mercoseur, CAP, planning, market access, work permits, competitiveness and public liability.

Cllr Joe Flaherty said that the facility is a hugely important part of the county's economic and employment profile and was one of the best examples of why an agreed Brexit was vital for the food sector generally and specifically Co Longford.

He said: “We cannot understate the impact of a bad Brexit on Co Longford. IBEC have identified that as many as one in four jobs in the county are Brexit exposed and after counties Monaghan and Kerry, we are the county with the largest number of workers in sectors that could be adversely affected by Brexit. Obviously the food sector is facing very real and serious threats.”

Meanwhile Cllr Pat O'Toole said that the Ballymahon community are extremely fortunate to have a employer of the scale and standing of Kepak. He said afterwards: “This is a company that takes it corporate responsibility very seriously and has led the way in terms of food safety and commitment to the producer. We saw today first hand the challenges the business faces in terms of competitiveness and in that regard the escalating costs of public liability is a major concern for Kepak and many other firms operating in this sector.”