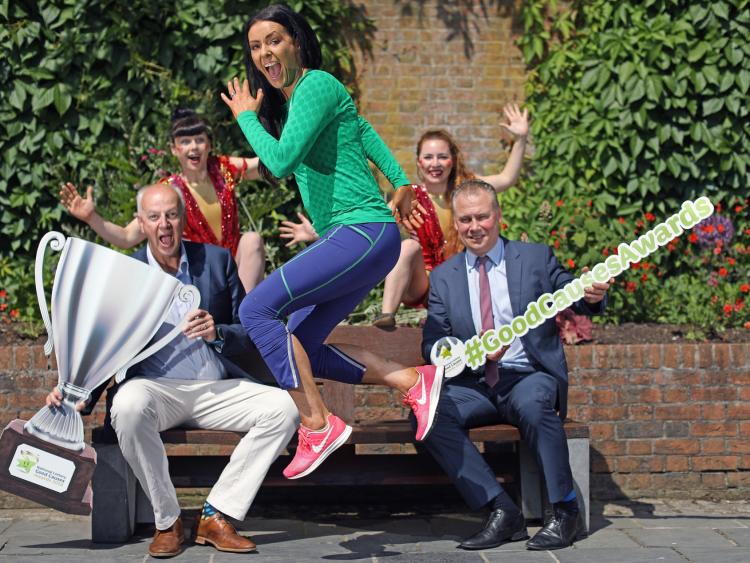 Clubs, projects and individuals in Co. Longford who have benefitted from National Lottery Good Cause funding have been invited to enter an exciting new national competition with the chance of winning a total of €35,000.

The new National Lottery Good Causes Awards, launched this week, are aimed at honouring the inspiring work and achievements of thousands of projects, clubs and individuals in Longford and all over Ireland.

The significant new Awards initiative, which will have seven categories, will recognise the incredible difference that National Lottery-funded projects have made to communities in recent years.

The Awards will involve County and Regional Finals culminating in a Gala Awards Final Dinner which will be held in Dublin on November 3. Entries are now open for the Longford County Competition in all categories.

National Lottery CEO, Dermot Griffin, said it is fitting that important work having profound impact on villages, parishes, towns and cities all over Ireland, is recognised.

“Since the National Lottery was founded 31 years ago more than €5 Billion has been raised for Good Causes in Ireland. This money has, and continues to, make a significant impact, helping shape the communities all over the country for more than three decades.  Whether the funds have been six figure sums, or smaller amounts, the impact has been immense. One project in Longford which has benefitted is the Shawbrook Dance Academy in the village of Legan. But there are hundreds more Good Cause beneficiaries in the County and we urge clubs, projects and individuals to apply.”

He added: “Through the Good Causes Awards we want to show how ordinary, everyday people, organisations, projects and sports clubs are doing extraordinary things in their communities. This is work that often goes unrecognised and we are urging Good Cause beneficiaries to enter these awards to give them the opportunity to have their hard work honoured. The National Lottery is used to celebrating winners. However we have thousands of winners, unsung heroes, who work quietly under the radar to make positive change in their community and these Awards will reward reflect that dedication and commitment. National Lottery funding would not be possible if it were not for our players all over the country so I thank them for their continued support”.

Champion race walker, Rob Heffernan, has competed in five Olympics starting in Sydney in 2000, officially launched the Awards.  His many achievements include winning bronze medals at the 2012 London Olympics and the 2010 European Championships, along with winning gold at the 2013 World Championships in Moscow. His wife Marian is a 400m sprinter who also competed at the London Olympics.

Chair of the judging panel, businessman and broadcaster Bobby Kerr, said: “These are very important awards. As somebody who travels regularly all over Ireland for my work I am aware of the impact of National Lottery Good Causes funding and its importance. It is an honour to be chair of the judging panel and I am looking forward to learning more about the incredible work and achievements of groups and individuals as we go through the judging process.”

Individuals, community projects and organisations in Longford who received Good Causes funding in the years 2014, 2015 and 2016 are eligible to apply. Applications for the Awards are now open and people can enter and check eligibility at www.lottery.ie/good-causes-awards.

The Awards will have seven categories, with County and Regional finals leading up to the Gala Awards Dinner on Saturday November 3.

The six categories are:

Each category winner will received €10,000 and the overall Good Cause of the Year will receive an additional €25,000.