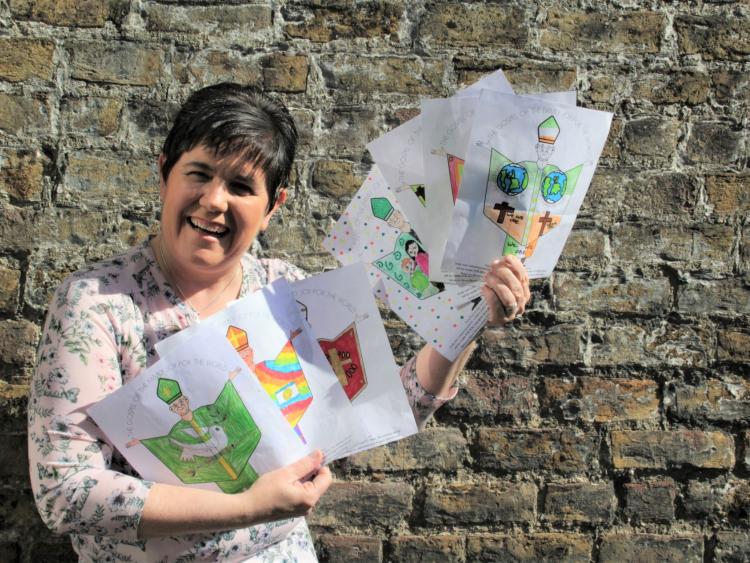 Pope Francis’ official charity for overseas mission, World Missions Ireland, will commemorate his visit by presenting him with a truly unique souvenir - but not without the help of the girls and boys of Ireland!

The charity is inviting all children to enter a very special competition, which asks them to design a set of vestments. The winning entry will be recreated into a life-sized garment which the charity will then gift to his Holiness when he attends for the World Meeting of Families in August.

Also read: Ahead of the visit of Pope Francis to Ireland, Longford John Pauls are wanted for television documentary

"Pope Francis is a person who truly embraces creativity. We’ve seen this time and time again, especially when he invites young people to dream big and not to be afraid. Such beautiful encouragement to offer young people!

"As we know, art is a universal way for all children to express their uniqueness and creativity. This is why the vestments will be such a meaningful gift. They’ll celebrate not only his time in Ireland, but also the creativity and uniqueness of girls and boys across our country!"

World Missions Ireland will also be displaying a replica of the winning vestment at their stall, number 23 & 24, during the week-long event for the World Meeting of Families in the RDS from August 21 to 26.

The competition is open to all children aged 16 and below, and the deadline is June 1.

For full details and a downloadable design template go to www.wmi.ie/pope-francis-competition