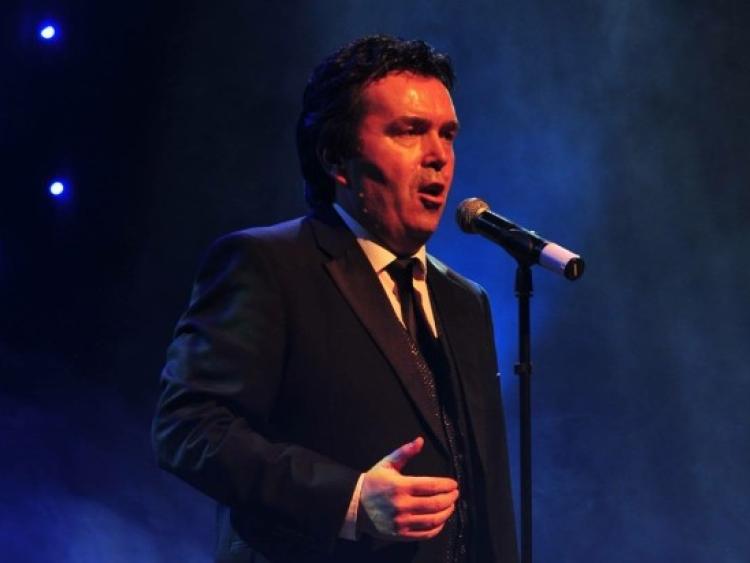 It may be his first time performing with St Mel's Musical Society, but Paul Hennessy is certainly no stranger to the music scene in Longford.

The Carlow native and local showbiz aficionado has been working on his own music career, singing at popular venues in Longford and across the country for a number of years.

He's also the founder of and a teacher at Evolution Stage School, which is responsible for a lot of the incredible performing talent in Longford's young people today.

But the big thing for Paul right now is that he will be playing the part of Curtis in St Mel's Musical Society's upcoming production of 'Sister Act' at the Backstage Theatre.

“Sister Act is mainly nuns, but I’m the head gangster in it and I’m Deloris’ boyfriend,” Paul told the Longford Leader last week.

“I own the nightclub and she’s trying to impress me. Then she witnesses me doing a killing and she goes off and hides and that’s the reason she ends up in the convent, and myself and my guys are trying to find her.

“It’s going to be something different for me,” he continued.

“I’ve done musicals before when I lived in Carlow. And I did some with musical societies in New Ross and Waterford and Newbridge as a guest in them.

“But this is my first time in years to do one. Usually I’m just out singing as me, but now I have to go out and be someone else, which is something new. But it’s going to be great and it’s a bit of fun.”

With roles in the likes of 'South Pacific', 'Fiddler on the Roof', 'The Merry Widow', 'My Fair Lady', 'HMS Pinafore', 'The Music Man', 'The Pirates of Penzance', 'Guys and Dolls' and 'Oliver!', getting back on the musical stage is an exciting venture for him.

“When this show came up, when I saw the gangster role in it, people said ‘oh, you should go for that’ and I said ‘I don’t know’, and then I just did. I went in for auditions and I got the part in it.

“I kinda went ‘oh god, what am I doing’, but once you’re in, that’s it. You have to commit and you have to just go for it,” he explained.

The fact that he's been living in Longford since 2009 begs the question: what kept you from the musicals for this long?

“Time was the thing with me. We have four schools now since last year, but we always had three schools for the past six or seven years,” he explained.

So committing to a musical simply wasn't feasible, he said.

Even now, he's finding his schedule is completely filled with showbiz - not that that's a bad thing; it's something he thoroughly enjoys, but it is tough going.

“Even the week of the show, I’m going to be teaching at stage school. I’ll have to just reserve a bit of energy and bring an extra battery backstage and take it easy.

“I’m on the committee this year as well - how did that happen?!” he laughed.

“I went to the AGM just to go and ended up on the committee and in the show - in at the deep end.”

In fact, as a committee member, Paul has been working hard behind the scenes to raise funds for this year's production.

In January he and fellow Stage School teacher, Tracey Carty put on a spectacular 'Night On Broadway' show, with both nights selling out.

In February, a 'Drag Queen of Longford' took place which saw a number of local men drag themselves up in the name of entertainment.

This was also a great night out and Paul told the Leader afterwards that they may even make it an annual event.

Most importantly, these events were great promotion for the show, which is already selling out, weeks before it even happens.

But, for Paul and the rest of the cast, chorus and crew, the preparation for the nine shows is all part of the fun.

“We’re having a bit of fun. Everyone is starting to feel the pressure of it. And there’s only a few tickets left now,” he said.

“We all have a great time. Everyone up there is there to support one another and we’re all in it for the same thing. It’s all a bit of fun. But at the end of the day, we all want to produce something that’s going to be amazing.

“It is one of the funniest shows I’ve ever seen,” he added.

“The script in it is really, really funny. The part that Janice (Gibney) is playing - her script is just so funny.

“She goes into the convent as this trashy pop singer. She’s still like that for a while and the nuns are all looking at her going ‘what the hell have we got here?’ and they’re trying to be prim and proper, but at the same time, they’re funny.”

A number of Paul's Evolution students are in the musical too, he explained, as is Tracey Carty who runs Evolution Stage School with him.

“It's good to see them doing it,” he said proudly.

“When we started in Longford, the oldest in our school was 12. But they've grown up, so now they're ready to be in the musical, which is fantastic.

“You can see the benefits of the years with us when you see them dancing. You can pick them out - they're just confident.”

Paul himself has had a very colourful music career to date, with numerous television and radio appearances such as The Late Late Show, Live at Three, The Rose of Tralee, The Afternoon Show and Theatre Nights under his belt.

Classically trained by Dr Veronica Dunne in the College of Music, Dublin and with Patrick Zuk in the Leinster School of Music, he was a member of the original 'Irish Tenors' and 'Celtic Tenors' line-ups, with whom he performed several concerts.

He also toured the USA many times with Dublin’s Traditional Irish Cabaret.

He was the lead singer in The Burlington Irish Cabaret, Dublin with comedian Noel V Ginnity for 11 years.

Paul has also recorded two albums - one featuring songs from stage and screen titled ‘Follow me up to Broadway’, and the other is a collection of Irish favourites, ‘A Song for Ireland’.

His charity CD ‘Believe’ raised over €6,000 for Our Lady’s Children’s Hospital and his recording of the Charlie McGettigan song ‘To Be A Child Again’ raised thousands for the Mannix Kane Appeal. The recording also features the students of Evolution Stage School.

His list of accolades goes on and on, and he has plans to continue doing shows around the country when 'Sister Act' is over and after that, who knows where he'll be?

The Leader's suggestion that he might be back on the stage with St Mel's Musical Society for next year's production was met with uncertainty.

“It depends what the musical is,” he said referring back to his tight schedule.

“We'll see - probably after this year, when it's all over. That's what happens: people get the buzz and they want to go again.”

But, he hastens to add, he's thrilled to be a part of this year's show and is really enjoying the preparations as the April 20 opening draws closer.

“I’m delighted to be in the show this year and working with great people and I just hope it’s going to be a fantastic show and I’m really looking forward to it.

“It’s going to be a bit scary going out because it’s something I haven’t done in a long time.

“But it will be great. Everyone’s going to love it,” he concluded.

Tickets for 'Sister Act' are selling out fast, so get yours via the Backstage Theatre before it's too late. Call 043 33 47888 or visit backstage.ie.

Read next: St Mel's Musical Society in Longford have got the Power