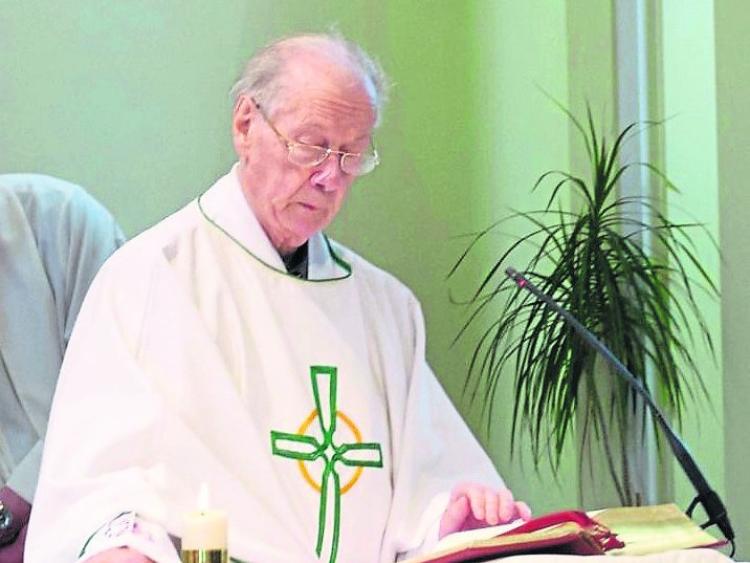 Fr Mícheál was the eldest of six children, and he and his siblings - Ben, Margaret, Eugene, Fintan and Paddy - were reared on a farm in the townland of Pulladoey, North Longford. As a young man, Fr Mícheál often helped his father Eugene (‘Janey’) in a wide variety of duties on the farm.

His mother, Rose was a teacher who taught for over 40 years in the local national school, the same school where his and both grandparents on his father’s side had also taught. Two of his aunts, Cissie and Dolly were teachers in Pulladoey and Bunlahy respectively, as were three of his siblings, Margaret, Eugene and Paddy.

In addition to education, his family had strong traditions in religious service. His ancestors included Fr Patrick McCabe a chaplain to convicts in Western Australia, and Sr Charles and Sr Mary McGlade who also worked as missionaries in Australia.

His uncles included Monsignor Benedict Lynch who was a priest in Brisbane and a chaplain to the Australian forces during the Second World and Monsignor Michael Cline who was Archdeacon of the diocese in Toronto, Canada.

Closer to home, his uncle Fr Andy Lynch ministered in the diocese of Ardagh and Clonmacnois, and his cousin Sr Veronica Kiernan helped set up a maternity nursing home in Edgeworthstown, Longford.

Fr Mícheál attended Pulladoey N.S. up to the age of when he won a scholarship to study at St Mel’s College in Longford town. He and Brian Gormley, neighbour and another scholarship winner, and subsequently well-known vet in Granard, both left for boarding school on the same day in September 1947.

Fr Mícheál played football on the St Mel’s college team and brought his talents home to the local parish team, Colmcille which he helped win the 1950 Longford Minor League.

From the minor he progressed to the Colmcille Senior team which enjoyed successes in the Longford Senior Championship in 1953 and the Leader Cup League in 1954. He played in the line and was described by Sean Lynch, a at the time, as a good determined clean footballer. He was one of eight Lynch brothers and cousins who represented Colmcille in football over this period. He continued playing football until his ordination in 1958 and remained a lifelong supporter of the game.

On completing his Leaving Certificate in 1952, Fr Mícheál decided to become a priest and chose to attend All Hallows College in Dublin. While there he developed two new hobbies – picture framing and playing the melodeon and button accordion.

He became accomplished on the accordion, and on St Stephen’s he joined other local musicians to go ‘hunting the wren’ in the area. With the proceeds raised, they would then organise a party, usually in Pulladoey N.S. or of Cleenrath, where Fr Mícheál on accordion, Michael ‘The Steward’ Gormley and Michael Timoney both on fiddle and Sonny Kinlan on the Bodhran provided the musical entertainment. Every year this group of musician friends would meet up when Fr Mícheál returned from England.

In All he chose the diocese of Nottingham in which to pursue his missionary vocation. In June 1958, he was ordained, and in the following he arrived to take up his first curacy in the Sacred Heart parish in Leicester. There existed a suitable parish function centre, and within a short time of his arrival, Fr Mícheál had identified a number of local Irish musicians and singers with whom he encouraged to begin weekly dances. Apart from being important community building events, these dances also generated funds for the parish and its organisations.

His skill at fundraising did not go unnoticed by his Bishop, and two years later in he was transferred to Alfreton, where a new primary school was planned to be built. Fr Mícheál soon became actively involved in fundraising for this effort.

Alfreton he was sent to a parish in Leicester, and then in he received his first appointment as Parish Priest in St Helen’s in Oldcotes.

In 1970 he was appointed Parish Priest in Oakham where he was later joined by Fr Michael O’Donoghue as his assistant. In addition to his regular pastoral duties, Fr Mícheál took on the job of amalgamating two parishes - St Tomas of Canterbury at Exton and St Joseph and St Edith at Oakham - into one larger parish, and the construction of a new church that would be suitable for the growing Catholic population. He set about the task with great enthusiasm, and in April 1975 St Joseph’s Catholic Church and meeting rooms were formally opened.

The old church became a thriving social centre which helped raise funds to pay for the new construction and for other parish works. The community in Oakham also benefited socially from Fr Mícheál’s love of music as he brought many showbands and groups from Ireland to raise the necessary funds to repay the church loan.

Larry Cunningham and the Mighty Avons, Dermot Hegarty, Big Tom, Margo, Dermot Smith’s TV Tones, Philomena Begley, and The Bards were just a few of the stars who boosted his fundraising efforts and in turn became household names in the English heartland. His friendship with many of those performers continued for the rest of his life.

In 1985, Fr Mícheál was asked to move to the Parish of St Peter and Paul’s in Lincoln, and while there he continued his strong community building and fundraising efforts. He used an original design in the construction of St Peter and St Paul’s Social Centre, wrapping it the existing church and using it as a parish meeting area and social centre.

In the 1980’s, as the Chair of Governors of St Hugh’s Catholic Primary he was actively involved in transferring the school to a new site in the city to meet the educational needs for the growing population in the area.

In 1996 he moved to St Patrick’s in Beaumont Leys and for a number of years was joined there by his nephew Patrick, who was studying architecture at the nearby University. Again he threw himself into the local community, helping the local school regenerate itself so that it could pass government inspection. He also put in considerable effort to the refurbishment of the church’s Parish Hall, again to the benefit of all parishioners and community.

He related well to all types of people and made lots of friends in every parish he ministered in. He was particularly close to the Traveller community in England, appearing as the officiating priest in an episode of the Channel 4 reality TV show, My Big Fat Gypsy Wedding.

He supported the travellers in other ways, also. For example, in Lincoln the Chief Constable was concerned there might be trouble at a travellers’ funeral, so Fr Mícheál spoke to the Traveller community and asked the men to take the pledge for a number of days. This they did and no trouble ensued during the funeral.

in April 2000 he suffered a stroke and was advised to retire from ministry. On his he returned to Lincoln, where again he teamed up with longtime friend Fr O’Donoghue (this time as his assistant) to provide pastoral care to the community. He returned to Ireland every summer and was well looked after by neighbours and friends, in Kieran and Kathleen Tonra, and Paddy and Moira Reynolds.

In one of his last big he travelled back to Ireland in June 2017 to say mass for the ‘Lynch Family Gathering’, a coming together of nearly 100 Lynch family members from all over the world to meet and celebrate their shared heritage. It was clear that his health had seriously deteriorated and on returning to England in September of this year he was diagnosed with cancer and was sent home the hospital for palliative care.

While at home he was looked after by Fr O’Donoghue and a wonderful team of parishioners - Eliana Hazeldene, Frances Hellier, Dodi Rooney, Margaret Dixon, Odette Millar, Denise Garfoot and care staff - who stayed by his side until he died peacefully in Lincoln on November 30. During the last weeks of his he was visited by numerous family members and parishioners and he remained mentally alert until the end.

A Requiem Mass was said for him on December 13 in St Peter & Paul’s Church, with the Bishop of Nottingham, Patrick McKinney being the main celebrant. His body was then flown back to Ireland and driven to his family church, St Colmcilles in Aughnacliffe, Co Longford where his funeral took place on December 16. According to his he was buried alongside his parents in the neighbouring cemetery.