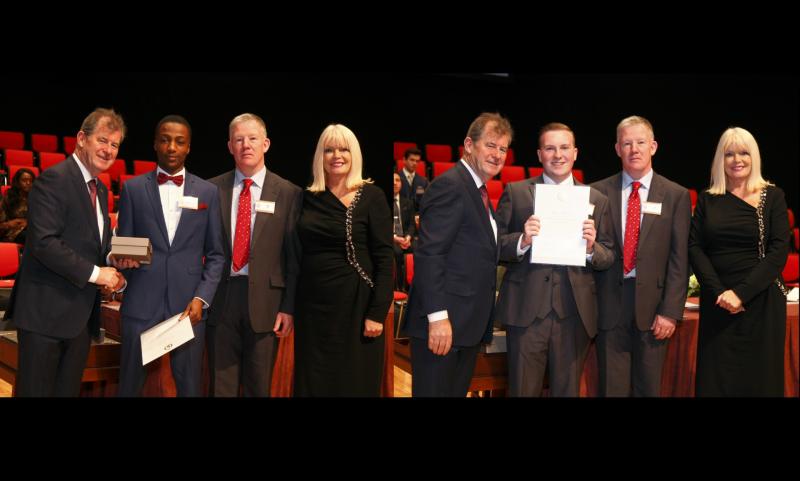 2 Longford students have been awarded a JP McManus All Ireland Scholarship toward their third level education. The awards ceremony took place on Saturday 25th November at the University of Limerick where Minister of State for Higher Education, Mary Mitchell-O’Connor, TD., presented the awards. Special Guest at this year’s Awards Ceremony was Irish President, Michael D. Higgins.

This is the tenth year of the Scholarships, which are sponsored by JP McManus. A total of 125 students from both North and South of Ireland were presented with a third level scholarship certificate. Sponsored by JP McManus, the scheme is set to provide financial assistance to many high achieving students who completed their Leaving Certificate in 2017.

Emad Asaleh, who attended St. Mel’s College in Longford was one of this year’s winners, “It’s amazing, the best part is being recognised by the school and everyone that you won an ‘All Ireland Scholarship’.”. He said, “I’m interested in manufacturing medicines and then after a while I’ll open up my own community Pharmacy.”