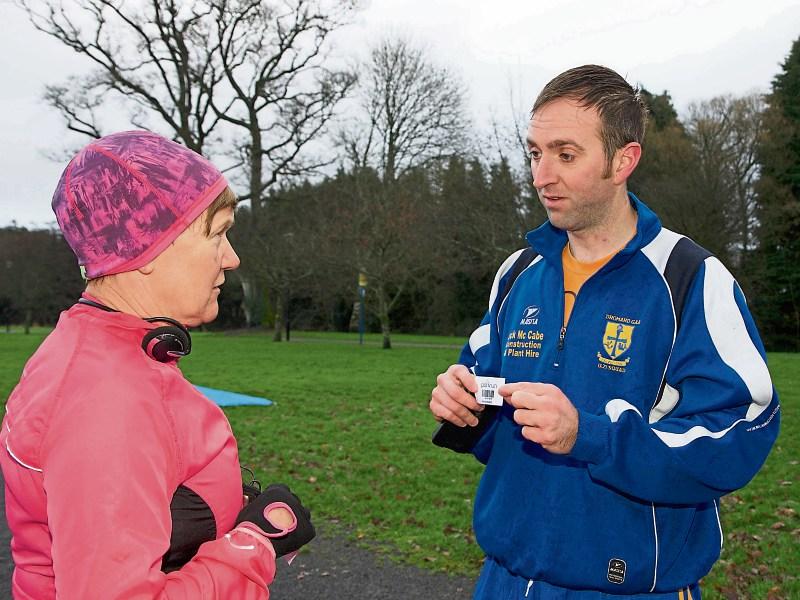 “I must say I’ve been blown away by the success of Longford parkrun since I set it up on May 21, 2016,” beamed a proud Kevin Kane as he spoke to the Longford Leader.

parkrun is a hugely popular international event. It’s in 14 different countries around the world and there are 57 different parkrun events in Ireland- we’re incredibly lucky to have it here!

Mr Kane is the Longford parkrun Event Director and since 2017 began, Saturday morning at The Mall in Longford town has become a veritable hive of fun and activity.

“The past few Saturdays have been amazing,” he enthused.

“Every Saturday has, but the atmosphere has been unreal due to the increased numbers taking part. Operation Transformation and people setting New Year's resolutions has helped  along with good advertisement on social media. 191 people braved the tough weather conditions last Saturday to come along and start the day off in the best possible way.  Men, women and children of all ages took part. Parents pushed buggies and ran/walked with dogs on leads.”

Mr Kane believes that but for the icy road conditions in parts of the county  they’d have beaten their course record of 210 set the previous week.

parkrun is a free 5km run/walk timed recreational event and since it was  set up in Longford, participant numbers have soared.

“For a county the size of Longford, that is unbelievable, considering we are gathering more participants than many Dublin and bigger city events.”

Mr Kane is thrilled with the numbers of walkers, runners, parents with buggies and dogs taking part on leads.

“There’s a serious social buzz to our run. Many people have formed wonderful friendships due to parkrun.”

He said parkrun would not be possible without the help of a brilliant core team who help run and direct proceedings every Saturday throughout the year.

“I want  to thank Colm McNerney, Fiona McManus, Ruth McKeon and Bernie Doyle. Without their help, and all the volunteers who are participants, parkrun would not be possible!”

Mr Kane said he is hugely excited about the year ahead and revealed that Michael O’ Hara from Longford Athletics is setting up a Sunday Junior parkrun of which only four exist in the country for 4-14 year olds.  It is hoped this will come to fruition from April/May.

There is a a parkrun fundraiser table quiz this Saturday in the Sin Bin Event centre (Longford rugby club) at 7:30pm.

Mr Kane explained, “The fundraiser is to raise money for a defibrillator for our run.”

He concluded by urging people to give parkrun a go. You can register for free on www.parkrun.ie