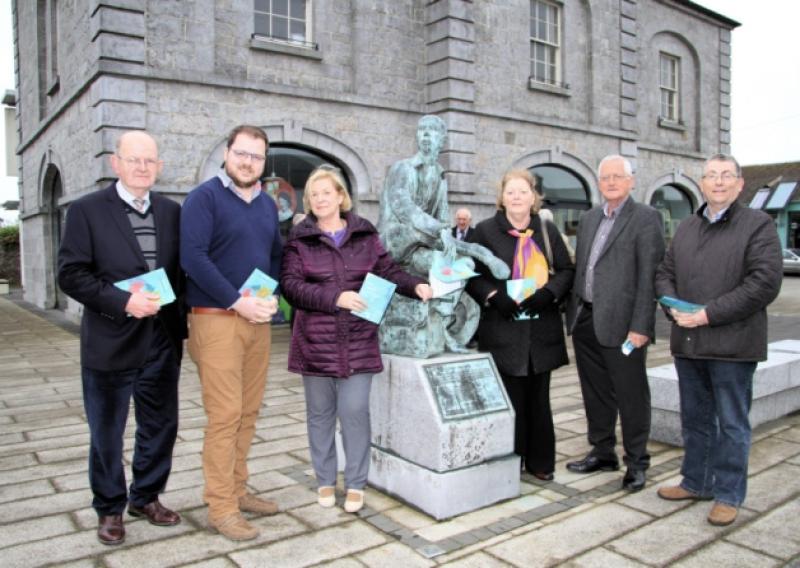 Now in its 31st year, the Oliver Goldsmith Literature Festival returns from Friday, May 29 to Sunday, May 31.

Now in its 31st year, the Oliver Goldsmith Literature Festival returns from Friday, May 29 to Sunday, May 31.

A full programme of events is in store throughout Goldsmith Country, including readings, talks, competitions, music and the highly-anticipated Festival Barbeque.

Speaking to the Leader last week, Chairman of the festival committee, Seamus McCormack said, “The theme of this year’s festival, “Our greatest glory consists not in never Falling, but in rising every time we Fall” (“The Citizen of the World” (1762) Oliver Goldsmith), will explore the twin topics of failure and fortitude through the life and work of Goldsmith, with reflections on contemporary society and its recent challenges.

“Acclaimed writers and poets such as Michael Griffin, Vincent Woods, Gerald Dawe and Peter Fallon, will join Liam Collins and Dave O’ Connell at this year’s Festival to provide a full and interesting programme.”

The festival will be officially opened by Liam Collins of the Irish Independent at 8.30pm in the Rustic Inn, Abbeyshrule on Friday. Dr Michael Griffin will give a talk on the night entitled “Goldsmith and the Recession”, which will be followed by light refreshments and musical entertainment.

Saturday’s events will begin at 11am with the Oliver Goldsmith Literary Tour, followed by an afternoon of interesting talks, in the beautiful Goldsmith Room in Ballymahon Library which will be chaired by Dave O’Connell, Group Editor of the Connaught Tribune.

Vincent Woods, presenter of Arts Tonight on RTÉ Radio 1, will give his talk entitled ‘Seeking Sanctuary: A Poet’s Landscape’, which will consider place, memory, history and language in relation to the landscape of Tarmon, Co Leitrim. The second of the afternoon’s speakers will be Gerald Dawe, an acclaimed writer and poet, whose talk will be entitled, “Fitting in”’: On Goldsmith, literary fame and misfortune’. Saturday’s events will be rounded off at 7pm at the Festival Barbeque in the Three Jolly Pigeons pub, with Bluegrass and Folk Music.

On Sunday, the Goldsmith Miscellany in the Goldsmith Room in Ballymahon Library will feature a number of short talks, with musical interlude from Daniel Keyes. The final event of the festival ‘Poetry at Pallas’, will round off the 2015 Festival, taking place at 3:30pm at Oliver Goldsmith’s birthplace in Pallas.

“There will be readings from the winners of the festival’s poetry competitions and also from accomplished writer and poet, Peter Fallon, who will read from his own work,” Mr McCormack continued. “Joe and Chris Farrell will again host the annual cheese and wine reception, with snacks and soft drinks also provided for children.”

The Oliver Goldsmith Literature Festival is supported in partnership with Longford County Council, Fáilte Ireland and IPB Insurance as it brings communities together through a tourism initiative.

For full details of the programme of events and ticket information please log onto www.olivergoldsmithfestival.com