Jenny and Siobhan taken out by Paddy McGuinness 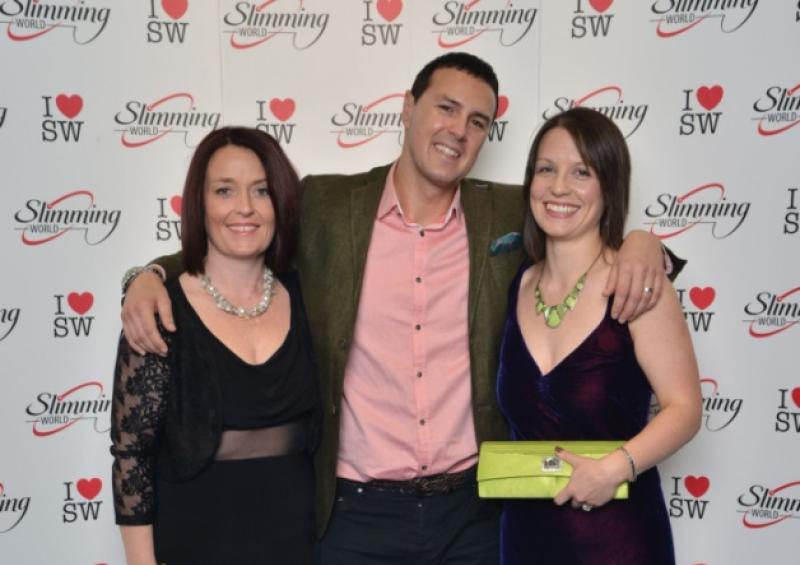 Jenny Shortt and Siobhan Brier were delighted to get a chance to meet Paddy when he co-hosted the Slimming World Awards with the organisation’s chairperson and founder, Margaret Miles-Bramwell.

“I was genuinely amazed to hear about what a difference consultants like Jenny and Siobhan make to people’s lives,” he said. “At the ceremony I met lots of people who’d lost incredible amounts of weight and it totally changed their lives. Every single one of them told me that they couldn’t have done it without the support of their Slimming World group and their consultant.

“Before I started working in comedy I was a fitness instructor, so I know how important it is to look after yourself, but equally I know it’s not always easy to motivate yourself. So, having the support of people like Jenny and Siobhan to keep you on track and be there with advice when you need it really is invaluable.”

Jenny, who runs a group at Ballymahon GAA Club every Monday, and another at St Mary’s Community Centre in Edgeworthstown on Wednesdays, said: “I’m so proud of all my members, many of them have achieved their target weights and been able to do things they never thought possible before slimming down, including doing more with their families, taking up new hobbies, reducing medication or simply fitting in smaller-sized clothes. And they’re helping their entire family to eat more healthily too.

Siobhan, who runs the Slimming World group at the Temperence Hall in Longford town on Tuesdays, added: “I truly believe that Slimming World is the best way for people take control of their weight this New Year. Even if they’ve struggled to stick to slimming plans in the past, I know we can help them to make a change for life this time around.”