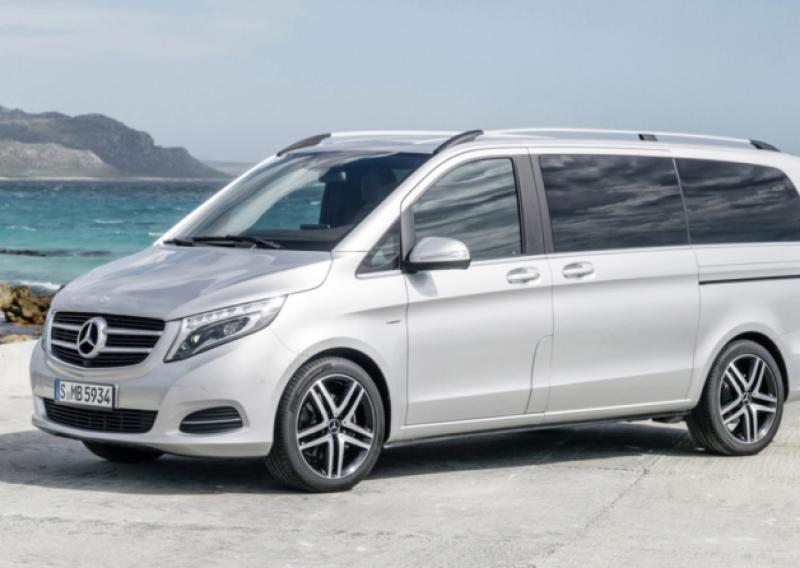 Ok,it’s not as glamorous as its sisters and brothers but you can bet your bottom dollar that the new multi-purpose V-Class from Mercedes Benz is an outstanding car in its class.

Ok,it’s not as glamorous as its sisters and brothers but you can bet your bottom dollar that the new multi-purpose V-Class from Mercedes Benz is an outstanding car in its class.

Known previously as the Viano, the new V-Class has had a thorough makeover the effect of which has been to give it a vastly more distinctive and more stylish exterior appearance, improved interior spaciousness, a host of technical and safety enhancements, plus a number of high-class features that raise it beyond the purely practical and into the realm of luxury one normally associates with mainstream Mercedes-Benz models.It is expected that the new V-Class will appeal to an even wider cross-section of owners than might have been the case when its predecessor was launched. High on the list will be large families with pets and paraphernalia that need to be transported. Another target will be that growing band of adventurers and outward-bound types who head out of our cities at weekends and whose recreational pursuits are filled surf boarding, sailing, hang gliding and mountain scaling. Though exact prices and model details will not be known until closer to launch date, Mercedes-Benz sales manager in Ireland, Ciaran Allen said that a figure tagged closely to the current version could be  anticipated. “Despite its improved design, enhanced specifications and numerous technical advancements, we expect to introduce the new V-Class at prices no more than modestly above current levels” he said.