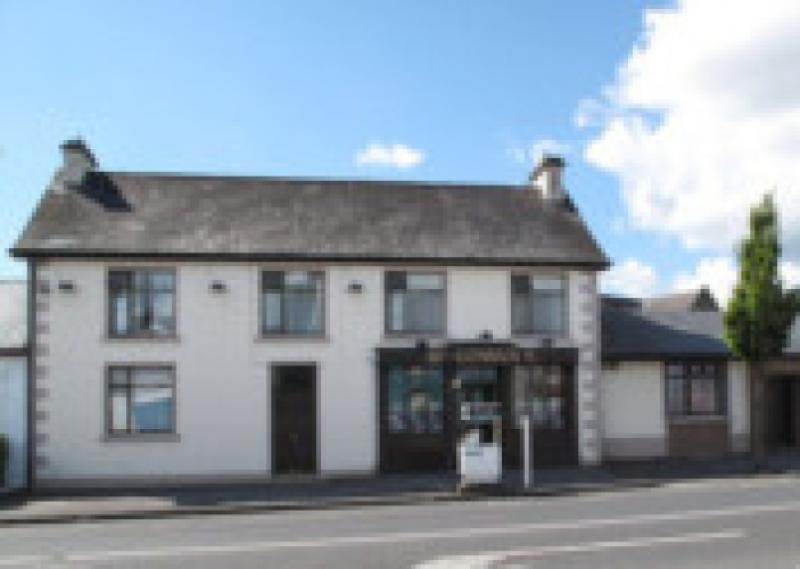 A well-known licenced premises in Newtownforbes is being offered for sale by private treaty after it was withdrawn from auction last week.

A well-known licenced premises in Newtownforbes is being offered for sale by private treaty after it was withdrawn from auction last week.

McGowan’s pub was the subject of an auction arranged by Longford-based estate agents Quinn Brothers, which was held in the Longford Arms last Thursday, September 25. However, it was withdrawn from auction with the bidding at €230,000, and is now being offered for sale by private treaty.

A well-known and popular pub in the area, it is being offered for sale as the current owners, Gerry and Mary McGowan, are retiring from the business.

Originally established in 1906, the pub is situated in a prominent location on Main Street in Newtownforbes and is trading profitably with a clear seven-day licence.

The property has been renovated on a number of occasions down through the years and it sits on a site which extends to approximately a third of an acre.

Inside, there is a bar and snug with original bar counter and shelving, and the ‘Olde Mill’ lounge, which has timber and tiled flooring and a modern fitted bar with shelving. There are also ladies and gents’ toilet facilities, while to the rear of the building is a smoking area, in addition to a garage/storeroom and general store with two 300-litre water tanks.

In addition to the licenced premises, the building also includes a four-bedroom residence, which also features an entrance hall, kitchen, living room, sitting room, and bathroom and separate WC.