Panto season has arrived in Longford

After weeks upon weeks of rehearsals, the opening night for this year's panto has finally arrived. Next Frirday night, January 21, 30 members of Backstage Youth Theatre Group will stage 'The Wizard of Longford', a play written and directed by Brendan Williams.

After weeks upon weeks of rehearsals, the opening night for this year's panto has finally arrived. Next Frirday night, January 21, 30 members of Backstage Youth Theatre Group will stage 'The Wizard of Longford', a play written and directed by Brendan Williams.

Based on the on the film 'The Wizard of Oz', the story imagines what would happen if events took place a little closer to home. Names and places have been changed to give a real local feel to the show - the action starts in Kenagh, there is a 'Wicked Witch of Drumlish', a talking dog and an 'X Factor' scene and the ending has been changed ever so slightly.

Above all, it's classic pantomime. The added dimension to the show this year is the fact that Backstage Youth Theatre members are central to the show.

Speaking to the Leader this week, the show's producer Paul Higgins described how the transition from senior Backstage Theatre Group to their younger counterparts took place.

"When the panto started initially with the senior group, the chorus was all adults. As it progressed, the members of the youth group were more keen to be in the chorus.

"As we've gone along over the past few years, the number of youth group members doing the principal parts grew. Last year we had four youth members, and one 19-year-old Aaron Hussey, who was an ex-youth member, who were principals.

"Apart from that, the chorus last year was all youth group, as well a lot of the stage crew," said Paul.

"We suggested to the senior group that we would take it on ourselves, which was agreed. We are, needless to say, delighted to have the opportunity," he added.

Plenty of work has gone in to the preparation for the show, including a number of workshops to help develop the youth theatre members.

"From a production point of view, it's really no different; we still have adult members involved, like in lighting we have Mairtin Kenny.

"We also did a series of workshops to upskill some of the youth group into the make-up. We did a workshop with Monica (Forde) and Karie (Murray) so we'll have our own youth make-up team as well, which is brilliant. Some of those were involved in the Aisling Festival doing face painting as well," said Paul, adding that senior members like John Kelly and Declan Neville are also involved.

The choreographers, who have worked with the chorus of 20, are also relatively young.

"There are two separate chorus groups and one group was done by Denise Waters, who is also a principal and was in the chorus last year. The other group was choreographed by Amy Duignan. They are two superb choreographers," said Paul.

"We have a few new people there, and as we're going along they're gaining in confidence. They're a lovely team, and lovely bunch to work with. The writing is really funny as well," he added.

Written by Brendan Williams, the story uses the Wizard of Oz as the base for its storyline, but with a local feel to it, the yellow brick road will lead to somewhere in Longford, one suspects.

"There's a lot of local references, like the wicked witch of Drumlish and the Glee Factor. There's going to be stuff in there that people will recognise.

"Apart from the main story about the wizard, we have iron man instead of tin man, the lion is there and the scarecrow is called Wurzel. The dog talks to the audience, which is going to make it very interesting because the people on stage can't hear what he's saying - they (cast) think he's just saying ‘woff, woff'," revealed Paul.

While the cast is young, there's plenty of experience amongst them. Darragh Cooney, for example, is appearing in his fourth panto, while Dorina Birsanu is in her third panto.

"There's great talent there and I'm really looking forward to it," said Paul.

So too are the audiences, judging by ticket sales so far.

BYT have included three matinee performances in this year's run, as well as three evening shows. The variety means that audiences of all ages will have a chance to see the much-anticipated show.

The cast and crew in this year's panto, ‘The Wizard of Longford'. Photos: Shelley Corcoran.

Philip McCarthy and Sionan Murtagh pictured in rehearsal for this year's panto, ‘The Wizard of Longford'. 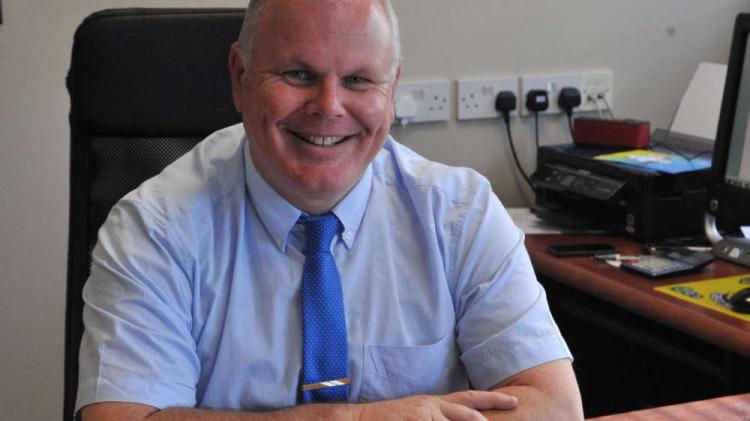