More than 300 farmers, agricultural experts and policy-makers were in virtual attendance as the first annual Agroforestry Conference took place on April 12 and 13. 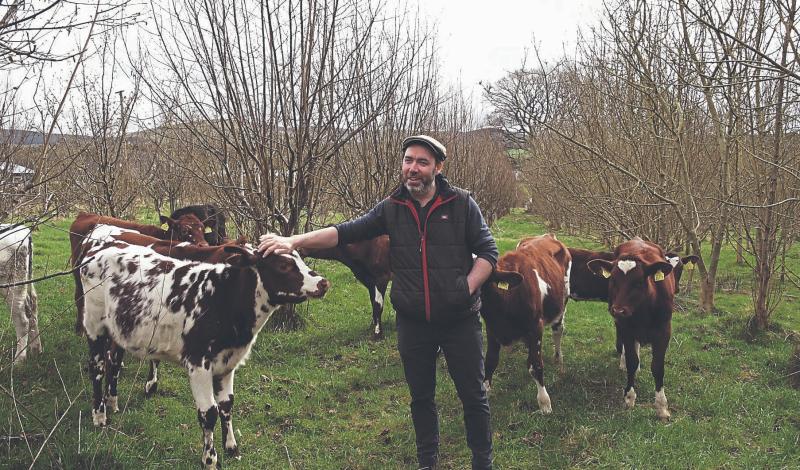 Farmer, Gavin Lynch, pictured above, was one of the key forum members who spoke at the conference.

Organised by National Organic Training Skillnet (NOTS) in association with the Irish Agroforestry Forum, the event was broadcast live from The Hive in Carrick-on-Shannon from 3pm – 8pm on both days, with a further panel discussion and analysis session taking place the following week, on April 20.

The two-day event was hosted by RTÉ and Ear to the Ground’s Ella McSweeney.

Expert speakers from Ireland and the UK presented on their experience and knowledge of existing, established agroforestry systems and what can be done in the future.

Farmers, academics, and experts elaborated on the benefits of agroforestry and discussed issues (both positive and negative) on their journeys in agroforestry. All presentations were followed by live Q&A sessions, where the virtual viewers put their queries to the speakers.

Core elements of the conference focused on how trees can be integrated onto farms – adding to farm viability rather than reducing. Agroforestry extolls the benefits of trees on farms, and has the ability to keep farmers on the land working in tandem with growing trees.

Conference organiser and NOTS Manager Sean McGloin extolled the benefits of agroforestry noting. “Agroforestry is probably the one element of trees in agriculture that truly benefits farmers and society as it has the potential to increase farm incomes beyond current farming practices while simultaneously mitigating climate change.”

The conference served as the launchpad for the Irish Agroforestry Forum – a new initiative consisting of a group of farmers, academics and policy-makers from across the island of Ireland with the aim of increasing trees on farms through education, information provision and policy design.

Skillnet Ireland is funded from the National Training Fund through the Department of Further and Higher Education, Research, Innovation and Science.