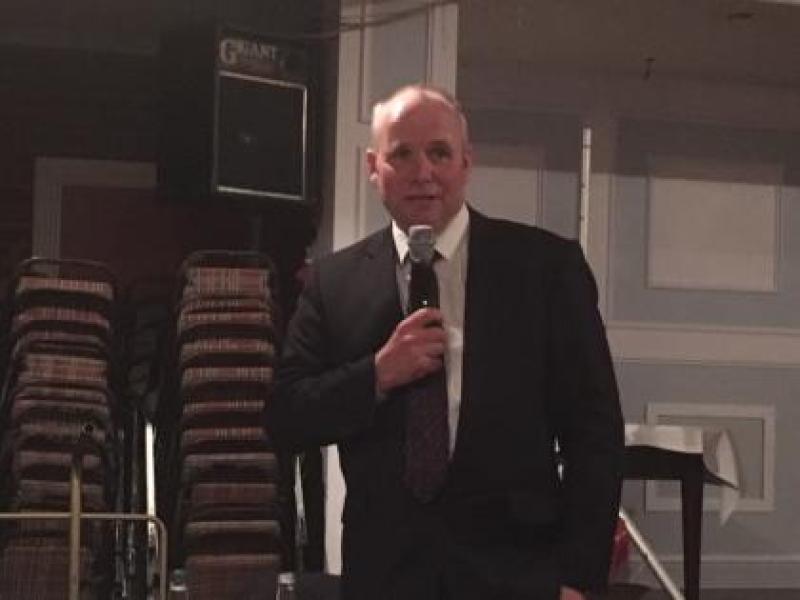 Mr Dennehy confirmed pricing was to the forefront of the agenda, however, other topics were also discussed.

He said: “The need for a strong viable lamb prices and market prospects for 2020 were top of the agenda.

Mr Dennehy said IFA made it very clear to the factories that sheep farmers were under severe pressure and lamb prices needed to continue to rise in order to provide a viable income for farmers.

He said: “IFA were very strong in the argument that carcase weight limits were way too restrictive at the factories and new season lamb needed to open at a minimum carcase weightof 21kgs.

“We discussed the need for a lot more work by the Government in opening the important Chinese and US markets to Irish lamb exports.”

Mr Sean Dennehy said farmers were promised that when EID (Electronic Identification) was introduced these markets would open up. He said this has not happened and we need to see immediate progress.

“Now is the time to make progress in China and the Government cannot allow this opportunity to pass by.”

Sean Dennehy said IFA has put a strong case to the factories to increase the Quality Assurance bonus to 30c/kg. He noted some plants have increased the bonus from 10c to 15c/kg but a lot more needs to be done to properly reward farmers for Quality Assurance.

On EID implementation, all of the meat plants said that they are now in a position to provide farmers with a full print-out of their dispatch docket when selling lambs.

Sean Dennehy said, “IFA put it very strongly to MII that the charges some plants are applying under the clean sheep policy are totally unfair.
“Clipping charges on Category B lambs is wrong.”

In conclusion, Mr Dennehy confirmed that the IFA also made it clear that scrapie and SRM charges on ewes should be abolished.

“We also had a good discussion with the processing sector on sheep policy issues including the need for €30 per ewe targeted support for sheep farmers, Brexit, CAP 2020 and International trade deals including New Zealand and Australia.” he concluded.