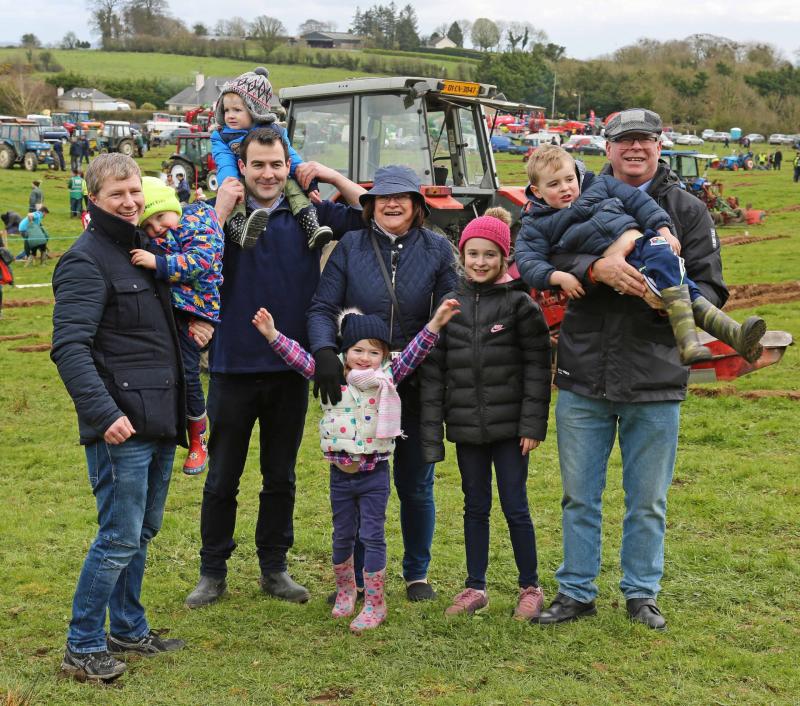 Sylvester & Marian Kiernan and family will host the Longford Ploughing Championships 2020, in the parish of Abbeylara.

Mr PJ Lynam from Kilbeggan attended on behalf of the National Ploughing Assocation. Chairperson Cynthia Geelan Cruise recalled all the local ploughing events during the year; The Ploughing Championships on Sunday March 24, Novice Match on March 30, the student workshop on Wednesday April 3, and the Queen of the Plough on Saturday April 06.

Cynthia thanked everyone who helped in any way during the year, highlighting the Trojan support received from the people of Granard and also from 'main sponsor' Mark Kiernan and his staff at Kiernan Milling. Sean Monaghan was applauded on his bronze award at the conventional plough contest in Carlow, last September.

Cynthia thanked Kiernan Milling for hosting the AGM. She also thanked Shane Kiernan & the staff of Belles Kitchen for providing excellent food for the AGM, before wishing Sylvester & Marian Kiernan and family well in hosting Longford Ploughing Championships 2020, in the parish of Abbeylara.

The event takes place on Sunday March 22, at Ballinacross.

Officers for the coming year:

A moments silence was also observed on the night for departed friends of Longford ploughing association.

Also read: Are you supplementing your cattle correctly this winter?