'Without the experience and the years I spent at Ballymahon mart, I wouldn’t have this job in the IFA' 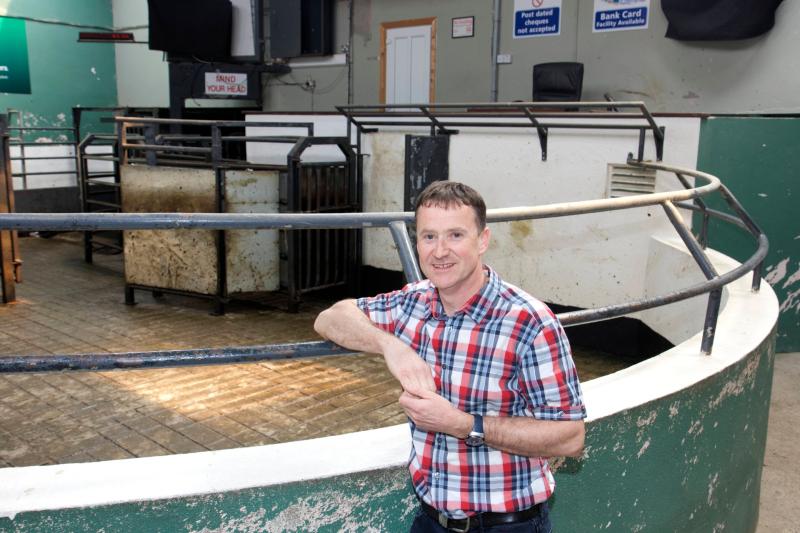 After almost a quarter of a century, Barry native John O’Hanlon has vacated his role in Ballymahon mart.

The suckler farmer and now former manager of Ballymahon mart is leaving for pastures new, taking on the position of IFA Regional executive officer for the Shannonside region. He takes over from Adrian Leddy, who is stepping down after 45 years of service to the IFA.

John said, “I started weighing lambs in the sheep yard, went from the sheep to the beef side and I was the last 13 years in the office.

“Without the experience and the years I spent at Ballymahon mart, I wouldn’t have this job in the IFA. It was the strength of that experience that gave me this opportunity and for that I am very grateful.” He continued.

“I enjoyed the 25 years I was there. I enjoyed it all. You build up strong links and friendships and I would love to stay involved if I could.

“I wish them the very best of luck and I hope marts, which are in a tight corner at the minute, continue to be used by farmers as they are the cornerstone of life in cattle and sheep trading. They are a huge loss to any community that loses them.”

John admits it was with a heavy heart he said goodbye to the team of Ballymahon mart, however, he is excited for what lies ahead. At the moment, he is being shown the ropes by Adrian, who will continue to support him until the end of the year, something of which John is extremely thankful.

John explained, “Adrian is helping me to get established and recognised. Adrian is with the IFA for forty-five years and the IFA has grown around him.

“He has seen nearly all of the presidents and he has worked with approximately forty chairmen in the four counties. He has been involved in multiple campaigns, demonstrations and pickets over the years too, so he has a lot of experience.

“You have to recognise all that he has done in the region. A lot of farmers hold him in very high regard and not just farmers, all of the people we meet have a very good rapport with him.

“He has been very good to me in terms of advice, stewardship and training me how to address the job. He has provided loads of help and advice on an ongoing basis,”

John’s main aim in his new role is to help secure the future viability of the family farm, with his main priority to look after the interests of farmers in general.

John stated, “Farmers have individual problems that need to be sorted. The one thing about the IFA is we have a lot of expertise and specialist people within the organisation.

“Be it a sheep, beef or grain issue, the expertise is there within the organisation to represent farmers.”

Continuing John said, “I think a lot of people recognise that rural Ireland is at a very crucial juncture. I think we are hitting a tipping point with the family farm model.

“The income coming in from drystock farming is not sustainable to keep those family farms going. The way of life is under threat. My motivation is to try and help to make it economically viable for those family farms to exist and by extension hold that link to the land.”

Ahead of the upcoming IFA presidential elections, John called on members to use their votes.

He stated, “I ask IFA members to make sure and get out and vote in the upcoming IFA elections.

“It is a platform for them to have their say and voice. It is one person one vote so every vote does count.

“If they don’t make a point of deciding who represents them, then there is no point sitting back and giving out about it.” he concluded.