Longford house and farm sold for over €1.6m 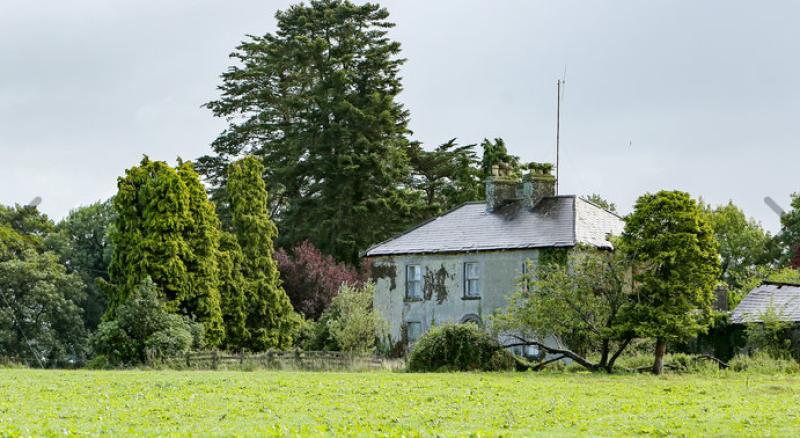 Cooleeny House and Farm, a residential holding comprising of a five-bedroom period dwelling and 192-acres of top quality land, went up for public auction at the Longford Arms Hotel on Friday, October 11, and subsequently sold to a Longford farmer for a seven-figure sum.

The sale of the property, which is located at Cooleeny, Ardagh, Co. Longford (H39 HX26), was facilitated by James L. Murtagh Auctioneers, and their team told the Leader there was a great atmosphere in the run-up to the sale with in excess of 50 attendees on the day of the auction.

Padraic Murtagh of James L Murtagh auctioneers said, “Auctions offer neighbours and members of the farming community a rare opportunity to come together.”

The dwelling - Cooleeny house - is in need some refurbishment, although it has not passed the point of dereliction. However, the majority of the internal original lathed ceilings, ceiling roses and covings are still in tact.The accommodation is comprised of: five bedrooms, a bathroom, two reception rooms, a large kitchen; a rear kitchen, and a larder/scullery.

The farmhouse is slightly perched on an elevated site overlooking the expanse of the large open fields and green pastures of Cooleeny Farm and Longford town. The farmyard consists of: slatted and cubicle type sheds; hay sheds; silage pits; a large cattle holding area; alongside good livestock handling facilities. In addition, there are old stone buildings with character; however, according to the auctioneers, they are in need of total refurbishment.

The property was being offered for sale in one or more lots, with lot one consisting of 79.64 acres, including 10.2 acres of forestry which was planted in 2018. Lot 2 consisted of Cooleeny house itself on 111.7 acres, with lot three the property in its entirety. That is also how it sold, in its entirety, after plenty of bids back and forward between a small number of interested parties.

After careful deliberation the property was withdrawn at a bid of €1.61m, before it was subsequently sold for an undisclosed seven-figure sum.

“The property was withdrawn at €1,610,000 and it was sold afterwards for an undisclosed figure.” Padraic Murtagh of James L.Murtagh auctioneers explained.

“It was sold to a local Longford farmer.” he concluded.