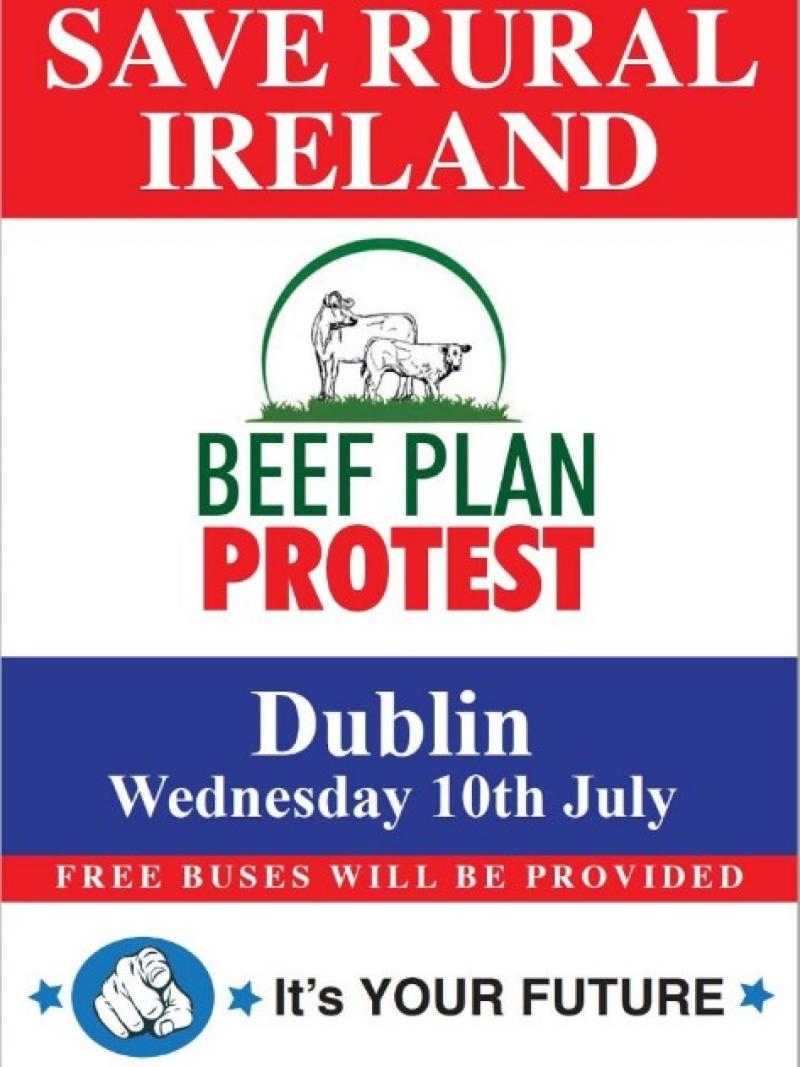 Well in excess of 3,000 farmers, young and old, made their way Dáil Éireann in Dublin, Wednesday July 10, in protest of the proposed Mercosur deal.

The protest, which was organised by the Beef Plan Movement (BPM), was aimed at highlighting the grave concerns among farmers with what’s happening in the agriculture sector. Beef Plan members also used the opportunity to call on Taoiseach Leo Varadkar to rescind his support for Phil Hogan’s reappointment as European Commissioner.

Farming figureheads from all corners of the industry were in attendance, such as the recently elected ICSA president, Edmond Phelan.

He said, “We are here to demonstrate against the Irish government and also Brussels.

“This deal really has nothing to do with beef, it is about selling German cars and pharmaceuticals into South America.

“We are just collateral damage, but we are not going to stand by and let it happen,”

“It’s the last straw this Mercosur deal and farmers are not putting up with it.

“We have three thousand farmers here today from all across the west and all over Ireland. We are saying no.”

As well as lining the streets on the day, farmers also discarded their now ‘redundant’ wellies on the street. The ever impassionate Michael Fitzmaurice then took to the mic and rallied the troops.

“Today we stand up and there is more of this to come...Let them hear it in there, we will not be walked over.”

The protest coincided with a Dáil debate on the Mercosur taking place, with Sinn Féin’s Mary Lou McDonald issuing a motion to block the dea on behalf of her party.

“We produce the best beef in the world, why in the name of God would you open up our markets to sub standard produce,” she questioned Taoiseach Varadkar.

Mr Varadkar replied, “When you produce the best beef in the world, you can find a market for that beef and you can get a good price for it.

“We need to make sure those markets are open to those farmers as well.”

BPM also issued a list of 7 demands to Minister Creed on the day of the protest, covering topics such as Mercosur, live exports, movement rules, feedlots, transparency from processors, the meat market observatory, demanding a response in writing. They are also calling for the official recognition of the Beef Plan movement.

Protestors received slightly better news in the aftermath of the event, as a vote in the Dáíl on the Mercosur deal saw 84 TDs vote in favour of Sinn Féin's motion against the proposed EU-Mercosur trade deal.