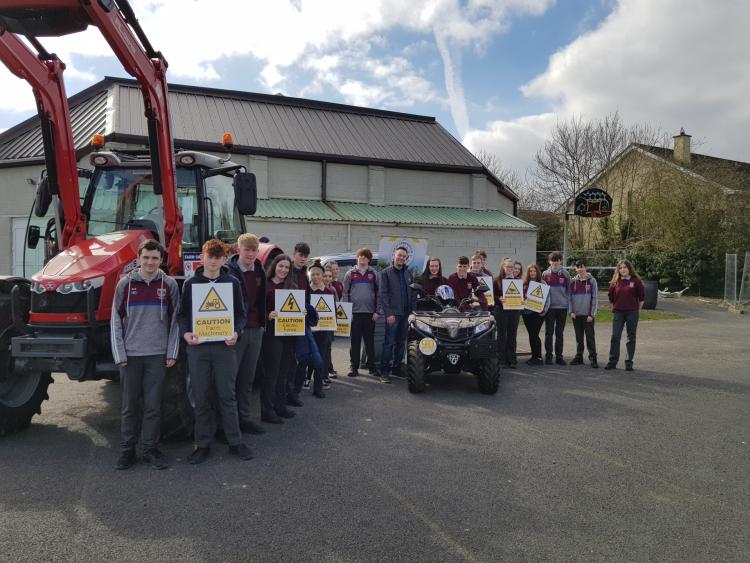 The event was run by Longford based Next Generation Farm Safety and covered topics such as safety statistics and farm accidents, while also outlining and discussing the dangers associated with farm machinery and protective equipment for ATV’s, public road legislation and more.

Students were also treated to a static demonstration of a tractor and ATV/Quad. During this presentation, they learned about pre-use checks, blind spot identification, controls and potential hazards. The founder of Next Generation Farm safety (NGFS), Raymond Dooley, said the topic of farm safety is a very relevant one for secondary school students.

“One in four people in secondary schools come from a farm or some sort of a farming background, so you can imagine how clued in they were to it,” he said.

Raymond founded NGFS after an increase in farm accidents throughout the country and says it is vital children learn how to operate on a farm safely, before reaching adulthood.

“If we can educate them before they start working properly on farms, then we have some hope that the unfortunate won’t happen.”

Raymond warned of children picking up bad farming habits from their elders and says many accidents are completely unavoidable.

He confirmed that NGFS will also be taking in trips to some of the other secondary schools within Longford over the course of 2019, before expanding the operation countrywide.