Newtownforbes farm sells for €236,000 at auction in Longford 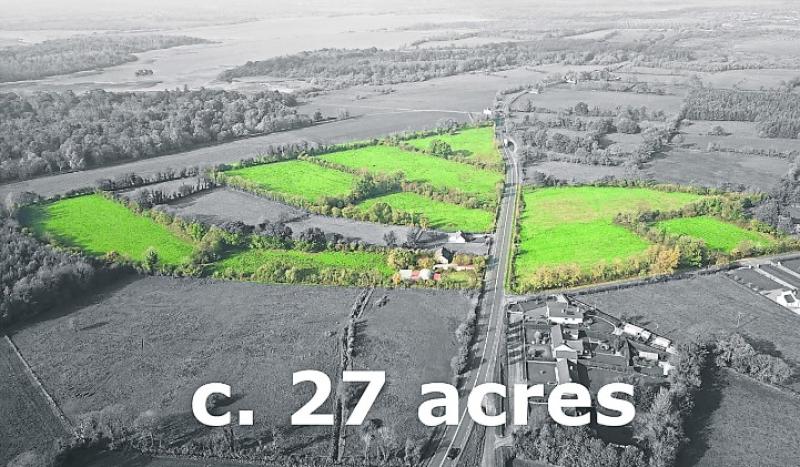 The 27-acre farm in Deerpark, Newtownforbes, which sold for €236k.

A 27 acre farm in Newtownforbes has sold in three separate lots for a combined €236,000.

The residential holding, located at Deerpark, Newtownforbes, was offered in three lots.

Despite there appearing to be no interest in the farm in its entirety, 30 or more people attended the auction at the Longford Arms Hotel last Thursday.

Mullingar based agents, Murtagh Bros described the bidding as “quick and forthright” with multiple interested parties for each lot.

After discussion with the representatives of the late Thomas Moran behind the sale, the three lots were placed on the market.

It was also confirmed all three lots were sold to local bidders.