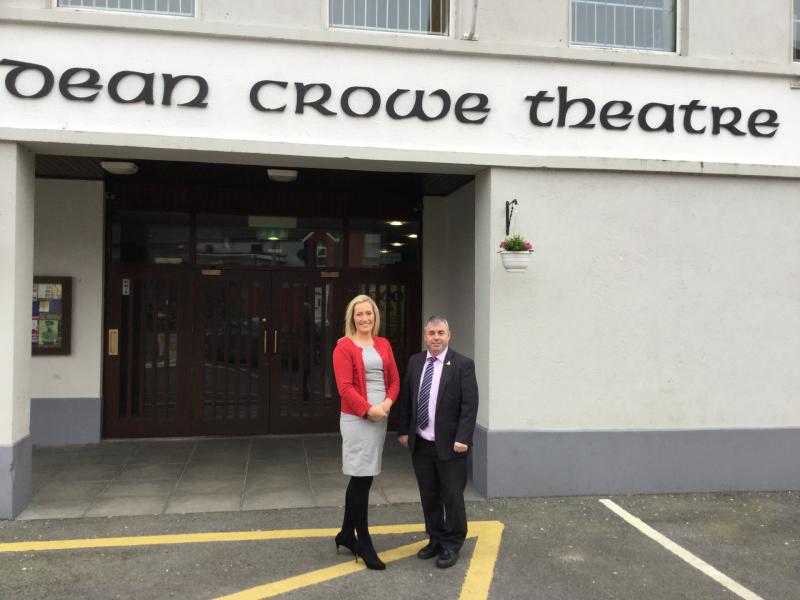 Longford/Westmeath TD, Kevin ‘Boxer’ Moran has confirmed that the Dean Crowe Theatre and Arts Centre in Athlone is to receive €113,000 under the Capital investment scheme for arts and culture centres.

The theatre had submitted an application to the Department of Arts, Heritage, Regional, Rural and Gaeltacht Affairs for the Arts and Culture Capital Scheme 2016 and Deputy Moran is delighted with the news that theatre has been approved for funding.

“The theatre remains one of Athlone’s pillar resources and as such, must be supported so that it remains at the heart of community activity in the town,” said Deputy Moran.

The scheme will run from 2016-2018 and is focused on enhancing the existing stock of arts and culture centres throughout the country. The funding is being made available as part of the Capital Investment Framework 2016-2021.

“The Dean Crowe Theatre is a dedicated, purpose-built arts and culture facility in need of investment and the funding is aimed at ensuring the preservation of such venues,” said Deputy Moran. “It is important that existing venues such as the Dean Crowe are refurbished on a regular basis so that they can continue to benefit from increased audience numbers.”

“From 1937, when it was used as a community hall, the Dean Crowe Theatre is now graced with modern theatrical facilities, providing an entertaining and varied programme of events throughout the yeay including the All-Ireland Drama Festival, the latter staged in Athlone since the mid-1950s.”