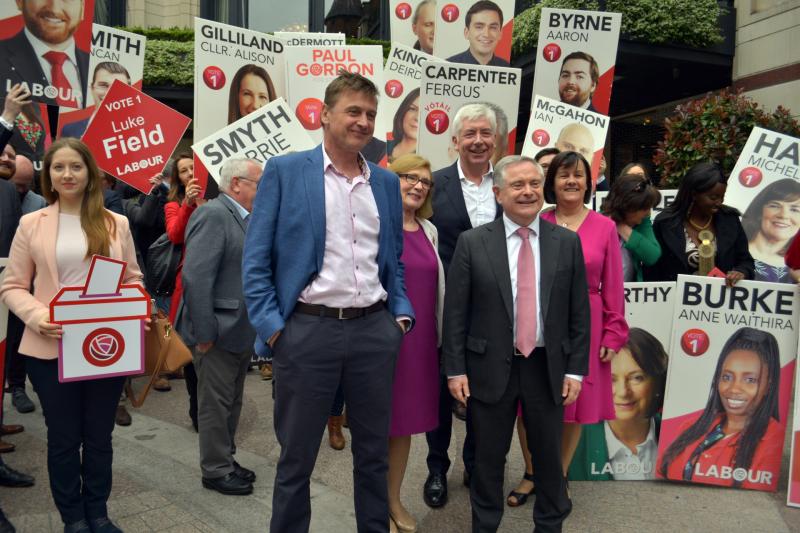 Ireland has been ranked 17th out of 49 European countries in the annual Rainbow Europe report on LGBT+ people’s human rights.

The Rainbow Europe report was published this week, and gives Ireland an overall score of 47 per cent in achieving LGBT+ rights. This places us behind Portugal (66 per cent); the United Kingdom (65 per cent); France (63 per cent); and Spain (60 per cent), amongst others. Malta receives the highest score of all European countries, at 90 per cent.

Dominic Hannigan – who is the Labour Party’s European candidate in the Midlands North West constituency – was one of the first two openly gay TDs elected to the Dáil.  Commenting on the Rainbow Europe report today, he said: “This report shows Ireland still has a considerable way to go in achieving full equality for the LGBT+ community. Post-marriage equality, we like to think we are international leaders in affording full and equal rights to all people, no matter what their sexual orientation.  But this is clearly not the case.

“The Rainbow Europe report highlights that, while we have made massive strides with marriage equality and legal gender recognition, we cannot afford to sit back and become complacent. Areas for improvement highlighted in the report included services provided to transgender people; tackling hate crime and speech; and discrimination.

“Friday, May 17 is the International Day Against Homophobia, Transphobia and Biphobia,” he said.

“Discrimination and stigma still exist for LGBT+ people in Ireland; it didn’t just disappear once the Marriage Equality referendum passed.

“I came out publicly in 2006 and, at the time, my sexuality was called a ‘perversion’, and gay marriage an ‘abnormality’ in a letter to the editor of my local newspaper.  There were subsequent public letters - all referring to my sexuality, something I never felt was a topic for public debate.  Unfortunately, that didn’t happen way in the past – it was little more than a decade ago.

“We are seeing human rights being rowed back in other European countries and across the world at present.  We need to make sure that LGBT+ rights continue to be preserved and progressed in Ireland.”