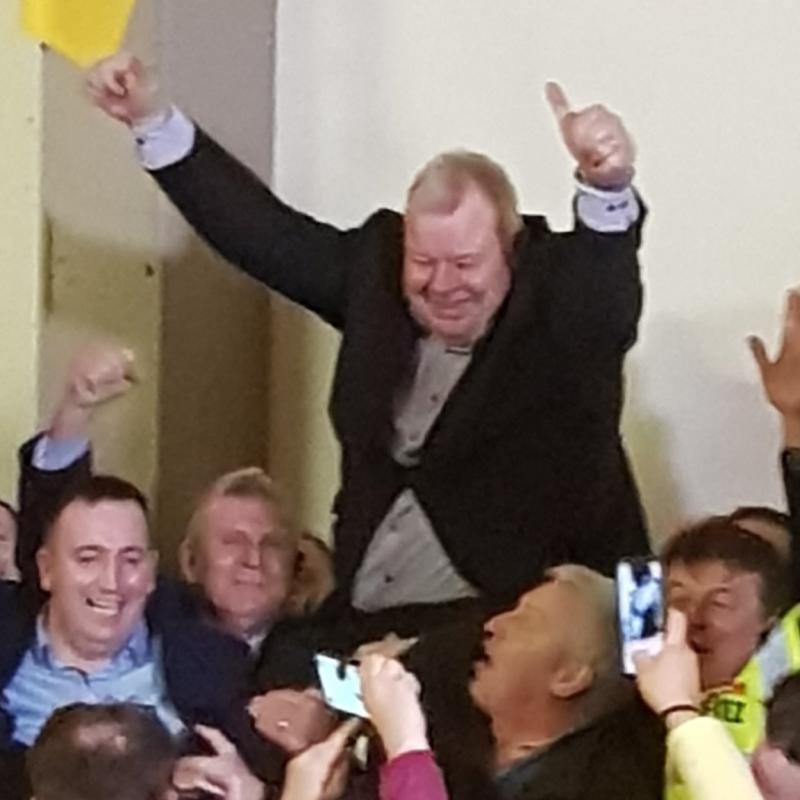 Following the first count in the Roscommon-Galway constituency, independent candidate Michael Fitzmaurice has been re-elected as a TD with 13,077 votes - surpassing the quota of 11,404.

Speaking in the wake of the announcement, the re-elected TD said: "First of all, after the past few weeks campaigning, I want to thank everyone who went to the polls and voted - especially those who voted for me.

"I want to thank all of those in the team around me, Marty Ward and all the canvassers that went out and walked the highways and byways over the last number of weeks selling me to the people of the constituency.

"As well as that, this wouldn't have been possible without the support of my wife, Maria, and the rest of my family. Given the workload that comes with the position, they have continuously stood by me.

"It is also important to remember that no man is an island and I have to commend all of the members of 'Team Fitz'. If you haven't a good team around you, constantly working, you will suffer the consequences.

"It is unfortunate, when you look around the country, to see some people losing their seats - but that's politics.

Continuing, he added: "I would like to take this opportunity to commend all of the different candidates who put their name on the ballot in this constituency and who ran fair campaigns. I suppose there always has to be winners and losers.

"The mathematics that are showing up at the moment on a national level may be problematic when it comes to forming a Government, but it is my view that there is a responsibility on all of us who are given a mandate by the people to go into the negotiations and make an honest effort to reach an agreement.

"I hope that nobody ducks and dives if they are given that opportunity.

"The Roscommon-Galway constituency gave me a mandate in large numbers, but I also intend to be a voice for all of rural Ireland.

"Our aim in politics is to try and make things better for people in all areas. Once today is over, the work begins again," he concluded.