Drumlish resident to be put to 'The Test' on television 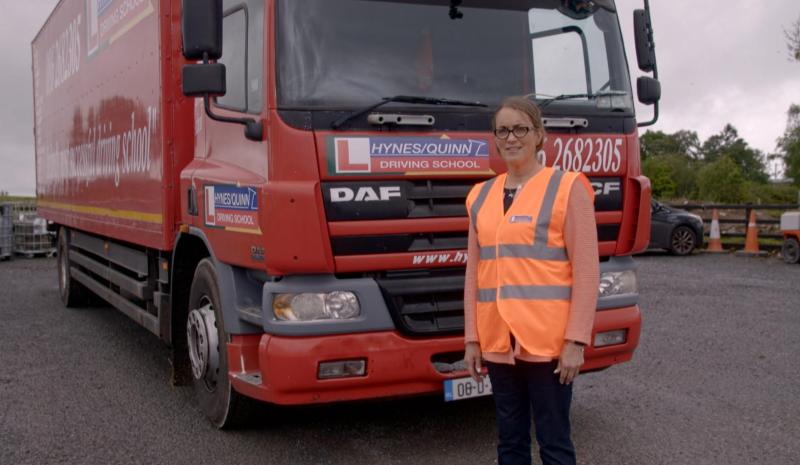 On Monday, March 02, RTÉ aired the first episode of their new programme ‘The Test’, a series produced by Oddboy Media for the Road Safety Authority (RSA), which follows the highs and lows of doing the driving test in Ireland.

The series follows a number of learner drivers from around the country and the program is shown over a 6 week time slot. There will be plenty of Longford eyes watching next week’s programme, as Hynes/Quinn Driving School - which services the Shannonside region - were chosen to take part in the programme on the back of a meeting held in October last year.

“It has been thirty two years since I founded the driving school.” Founder Noel Quinn explained.

“I started with a small, old car, a Toyota Carina.”

Hynes/Quinn Driving school, which has a total staff county of 25 and a team of instructors covering areas such as Longford, Cavan, Athlone, Castlebar, Carrick-on-Shannon, Dublin and Navan, offers a wide variety of services and they thought it would be a little different if they put a candidate forward for the rigid truck driving test.

The team at Hynes/Quinn driving school were originally contacted by Oddboy Media to find out if they would be interested in taking part in the show. Once they had enthusiastically agreed, all that needed to be found was a learner driver. Following interviews with a series of interested parties, one lucky driving hopeful was chosen.

Noel stated: “Oddboy Media contacted us based upon a recommendation from the RSA, as we are a very well respected school.

“We believe we are the only driving school in Ireland that offers lessons in both plant machinery, trucks and basically every vehicle, all in the one driving school.

“Because of this and because of our well established reputation, RTÉ in conjunction with the RSA contacted us through Oddboy Media and asked would we participate in a programme in the interest of road safety.”

Step forward one of the new students of Hynes/Quinn driving school Ms Anna Heslin-Corrigan, who is originally from Longford but now living in Drumlish. Anna is also known for her prowess with baked goods, however, it will be her driving talents on show on Monday, March 09.

Anna, who was a complete beginner to life behind the wheel of a truck, started in the plant machine yard and hit the road from there, taking in twelve lessons altogether!

Noel stated: “We would like to thank Anna for all her hard work.

“Doing the driving test in a Rigid with the cameras pointing at you is no mean feat.

Hynesquinn driving school and Drumlish resident Anna will appear in the second episode of 'The Test', which will be aired on March 09, at 7:30pm.