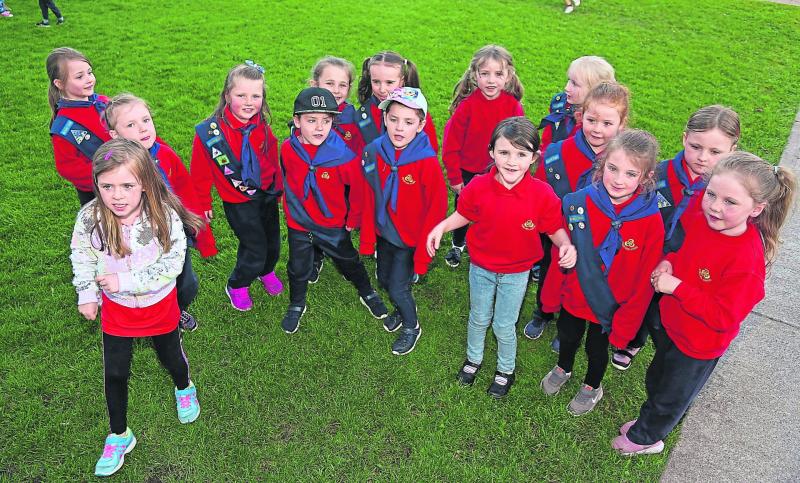 The Drumlish Dance for Cancer, which took place at Monaduff Park on Friday, May 10, was a huge success.

The team managed to raise a total of €972.17 for the Irish Cancer Society, as part of the Today FM challenge.

“The community of Drumlish and Ballinamuck were fantastic in their support for such a worthy cause.” Organiser Antoinette Smith told the Leader.

In attendance on the day were participants from local schools, as well as the newly formed Drumlish Foróige club, St Vincent’s, Fr Manning Gaels, St Helen’s, Gaels United, the local girl guides and many other local groups.

Antoinette explained, “We had representatives from Ladybirds, Brownies, Girl Guides. We also had a big crowd from the GAA club.

“Drumlish Foróige were also there and helping us. Their help was invaluable. They helped us sell many raffle tickets at the event. We also had Ballinamuck Jr Foróige out as well, along with some members of Gaels United.

“There was a great attendance. It was marvellous.”

Organisers thanked everyone for getting involved on the day, admitting their shock at how successful the event was.

Antoinette said, “We got some really positive feedback from some members of the community, praising the community spirit.

“It was lovely to have all of the different groups from the two villages coming together for one giant fundraiser.”

Antoinette also wished to thank all of the businesses and sponsors who helped out over the course of the event.

“There were so many generous donations from local business owners for the raffle. Many of them we didn’t even have to ask, they just helped out,” she explained.

Antoinette told the Leader that there will be more fundraisers taking place in the coming weeks, such as the Drumlish Lady Bird Scarecrow trail on June 23.

“We will see what the future brings, but I would also like to do something similar again next year, because it was very worthwhile and we raised a lot for charity.

“A massive thank you to everyone who helped out,” she concluded.