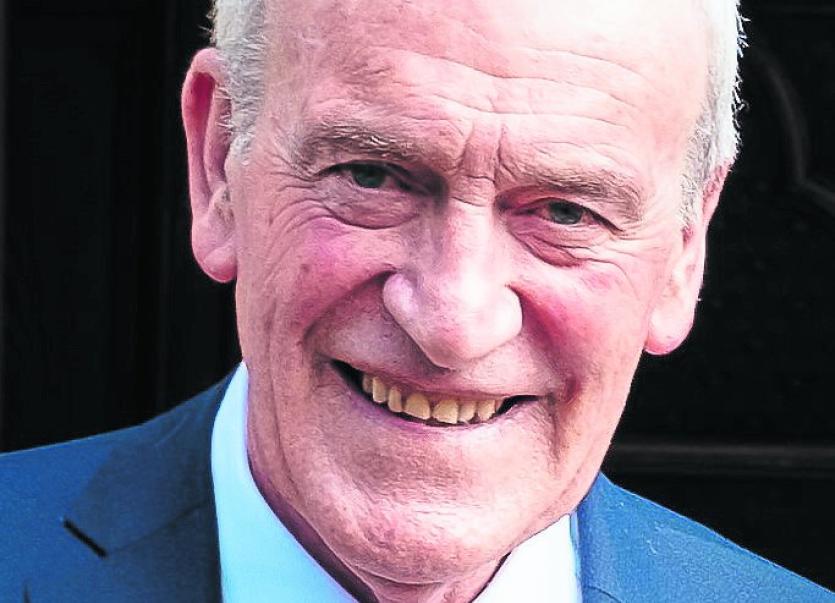 There was widespread sadness across counties Leitrim and Longford this week following the death on Tuesday, March 12, of retired secondary school teacher and Gortletteragh GAA legend, Pat Clarke Forosa, Drumlish PO, Leitrim, after a short illness.

In a tribute, posted on Facebook, Gortletteragh GAA, said: “Pat was a very special man, the type of man who had so many gifts to offer and always ready to help any cause especially if it had something to do with the GAA. His name will forever be inscribed in the annals of Gortletteragh GAA, he will never be forgotten.”

From the first time Pat donned the Gortletteragh jersey as a schoolboy back in 1958 he devoted a lifetime of service to the club. In the intervening 61 years he has put his heart and soul into the GAA as club chairman, coach and manager, county board delegate, referee, Scór co-ordinator and book editor.

At the 1971 club AGM Pat was chosen to look after juvenile football. By 1987 he had trained teams to win the clean sweep of Leitrim championships at under 12, under 14, under 16, minor, under 21 and senior level. That’s some record.

Indeed, many of those players first memories of Pat were of him loading 10 or 12 into his blue Austin Cambridge Registration No. KLI 685. In the days of pre seat belt regulation he would have every seat full and 3 or 4 more lads sitting on the floor near his feet. That car really was a bus in all but name.

Pat was Gortletteragh club chairman for nine years from 1976 to 1984. The highlight of his tenure as chairman came in 1981 when Gortletteragh won the senior, junior and under 21 championship. Pat featured in the junior final and so won a prized county medal.

In 1989, Pat’s success was acknowledged at county level when he became joint manager of the Leitrim senior team with the late Tony McGowan, from Drumshanbo and the late, great Paddy Dolan from Ballinamore. Pat didn’t confine his energies to the playing side of the GAA. He also embraced the cultural side of the organisation. He held the position Leitrim Scór secretary from 1986 to 1996.

In 1984 the Leitrim County Board decided on writing Scéal Liatroma to mark their centenary. Pat joined the editorial team and researched and compiled the 1930s for the book. When the Gortletteragh club decided on writing a club history to celebrate their own Centenary they again turned to Pat, who took on the onerous task of bringing the project to fruition. Scéal Gortleitreach and the precious records within its covers will live on forever as a monument to Pat – one part of his rich legacy to Gortletteragh.

The local GAA club said as part of their Facebook tribute: “Along with another Gortletteragh stalwart Aiden Kelleher, Pat orchestrated the publication of 'Scéal Gortleitreach', a magnum opus detailing the Gortletteragh GAA story from 1889 – 1991 as well as an assorted history of the parish.”

A much-loved and respected secondary school teacher, Pat taught for a period in Kiltyclogher Vocational School before taking up a position in Moyne Community School in 1970 and he taught there until his retirement in 2010. After retiring from the teaching profession Pat’s service to the community took a new direction with him serving on the parish pastoral council and spending a term as chairman of the board of management of Gortletteragh national school.

Pat was also a great man for the parish, from calling numbers at bingo in Cornageeha to helping on the Pastoral Councils and reading at the local mass. There was a huge guard of honour, comprising of many Gortletteragh players and officials past and present, Gortletteragh ladies and his colleagues and past pupils of Moyne Community School as Pat’s remains were taken into St Mary’s Church, Gortletteragh on St Patrick’s Day for his funeral mass which was celebrated by Fr John Quinn, assisted by Fr Sean Mawn, Msgr Bernard Noonan and Fr Colman Carrigy.

The gifts that were carried to the altar all reflected on the different aspects of Pat’s life: a family photo, a jersey, a bowl of shamrock, a copy of Scéal Gortleitreach, a prayer book and rosary beads, an accountancy book and a precious photo of Pat walking his daughter Camilla up the aisle on her wedding day.

Pat’s life long friend and teaching colleague, John Doherty read the reflection. Pat’s coffin was carried from the church to his final resting place in the adjoining cemetery by members of the Gortletteragh GAA club.There were three fitting orations at his graveside by his daughter Camilla, representing the family; by Aiden Kelleher, who spoke on behalf of the GAA club and by Liam Faughnan, representing Moyne Community School.

All in Gortletteragh will be eternally grateful to Pat for giving so generously of his time for the good of the GAA club and parish and we thank him for the many pleasant and joyful memories that he has left us.