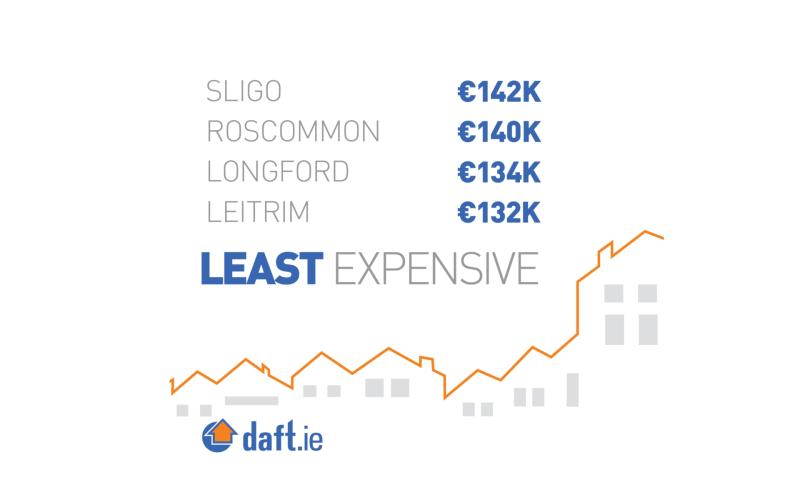 According to Daft.ie, Longford is the second least expensive location to buy a house in the country, behind Leitrim.

Longford is the second least expensive location to buy a house in the country, behind Leitrim. 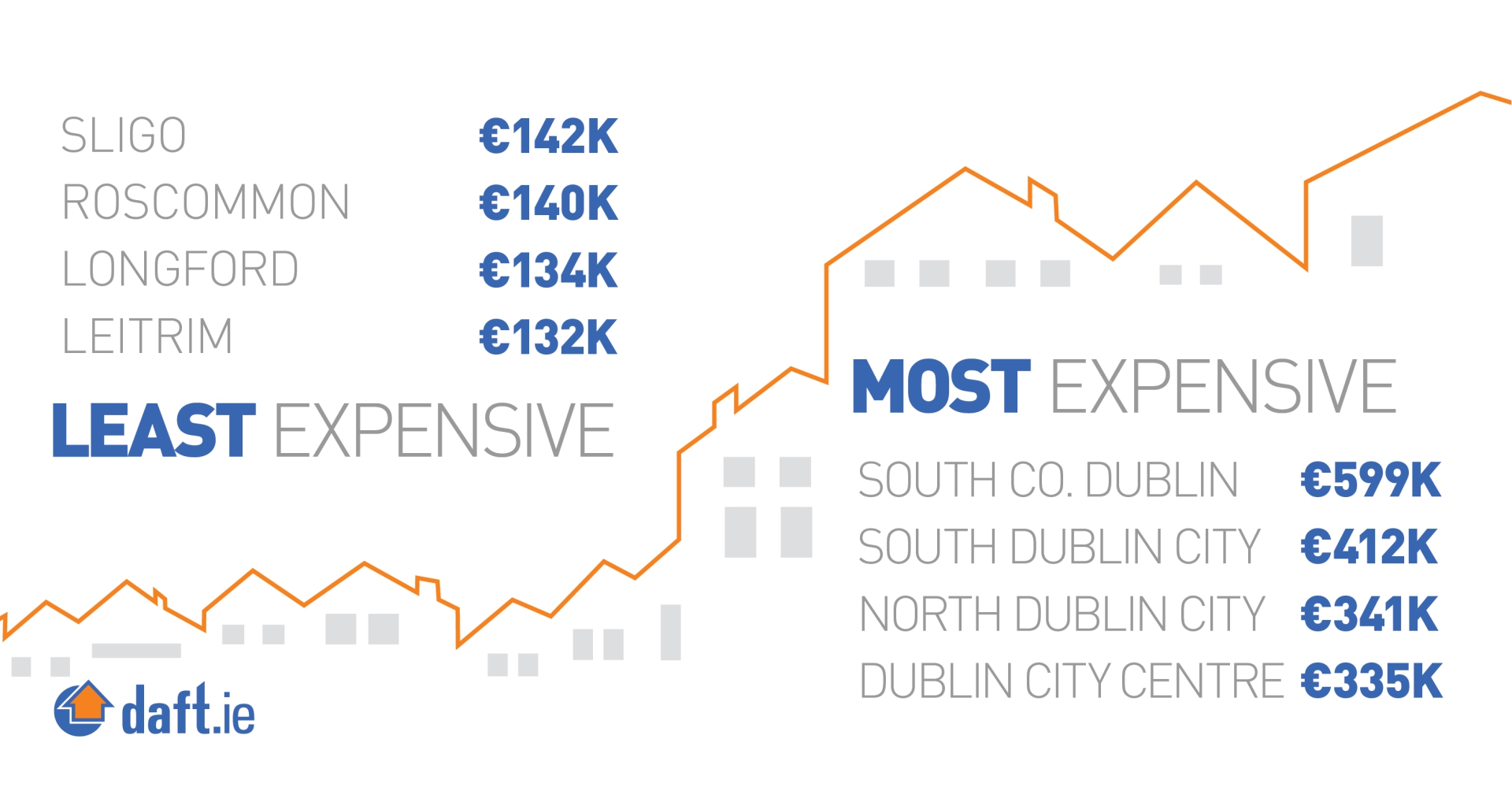 House prices nationally rose by 2.7% during the second quarter of 2018.

In Dublin, prices rose by 1.8% between March and June, meaning that the average price in the capital is now almost €155,000 higher than five years previously.

Across each of the other major cities, prices rose substantially in the last three months – by 4.8% each in Limerick and Waterford cities and by 4.7% in Cork and 4.3% in Galway. Outside the main cities, prices rose by 3.2% in the same period, with the largest increases in Connacht-Ulster and the smallest in Munster. 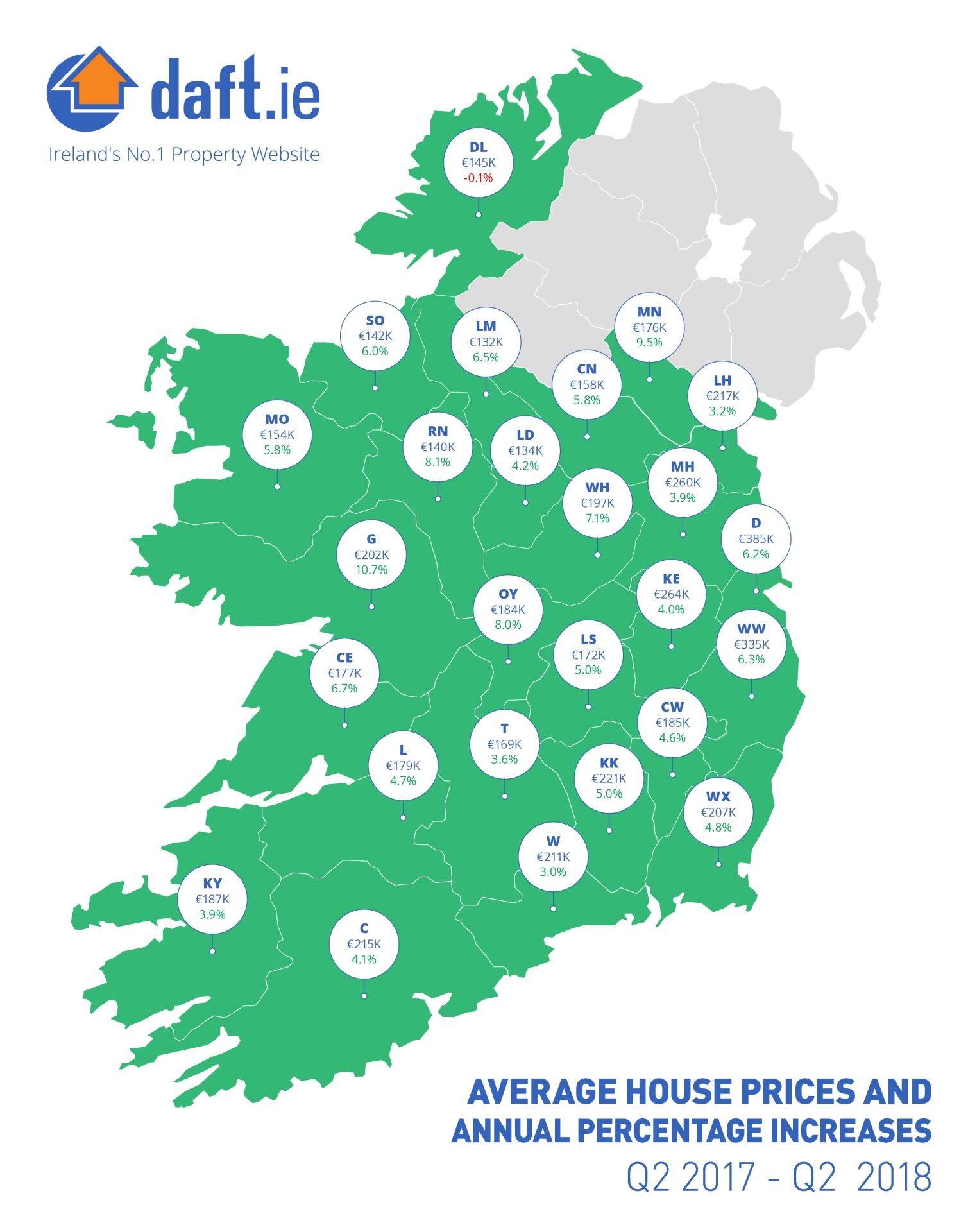 Commenting on the figures, Ronan Lyons, economist at Trinity College Dublin and author of the Daft.ie Report, said: “Ireland’s sales market for housing remains one of strong demand and relatively weak supply. That said, there are signs – in particular from the Dublin market – that new supply is having an effect, with increased availability on the market and a slowdown in inflation. While the increase in new homes built is welcome, it is predominantly in the form of housing estates. Almost all the new homes needed in the country are urban apartments, so the mix of supply remains a challenge for policymakers.”