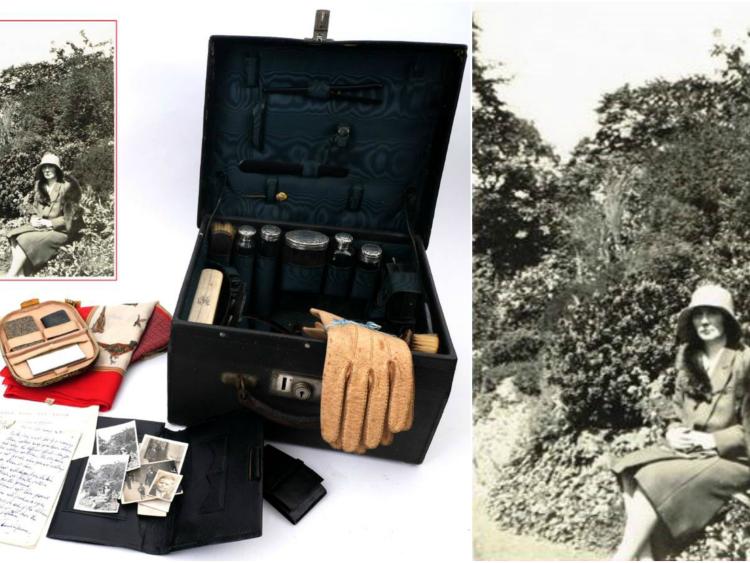 Vanity case and photographs belonging to Granard woman were expected to fetch €6,000 at Whyte's auction yesterday

The vanity case and photographs belonging to Granard woman, Kitty Kiernan, who was the fiancée of Irish revolutionary leader and politician Michael Collins, were withdrawn from auction yesterday.

The items were due to go under the hammer during the ‘Eclectic Collector Sale’ at Whyte's auctioneers on Molesworth Street, Dublin, however, Lot 117, which was expected to attract bids of up to €6,000 and had generated significant national media attention, was withdrawn prior to auction.

During a recent appearance on The Ray D’Arcy Show on RTÉ One television, Ian Whyte, of Whyte’s auction house, revealed that it was the first time he had seen anything, directly relating to the famous Longford woman, come up for auction.

Lot 117 featured Kitty Kiernan's vanity case, with green watered silk interior and silver mounted cosmetics jars and accessories,’ and it also included a pair of gloves, a headscarf and some notes, as well as eight small black and white photographs of Kitty Kiernan and her two boys.

Also read: Vanity case and photographs belonging to Longford woman Kitty Kiernan expected to fetch in excess of €5,000 at auction