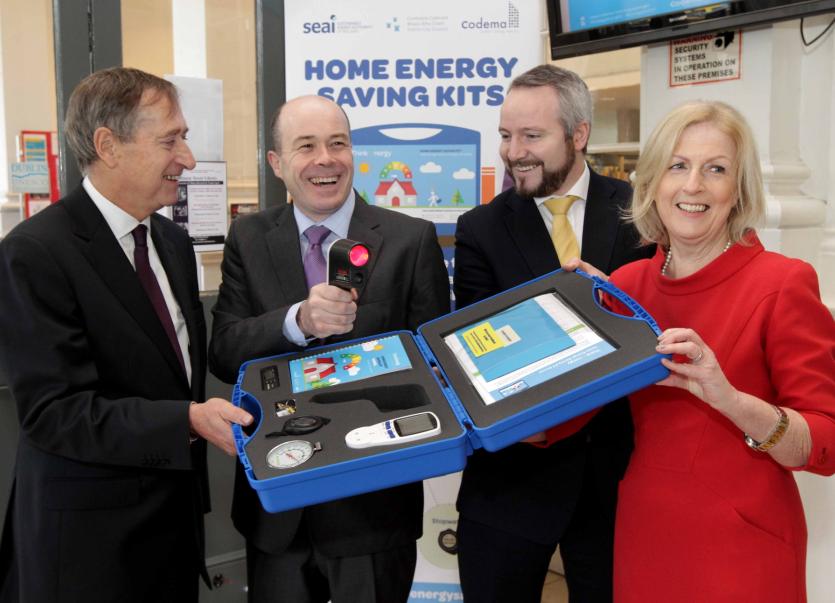 Minister for Communications, Climate Action & Environment, Denis Naughten TD, has announced the expansion of the Home Energy Saving Kits Scheme to all 21 libraries in Dublin and to a number of additional urban and rural libraries outside Dublin with immediate effect.

The expansion will initially target libraries in Leitrim, Roscommon, Cork City and some parts of Galway. The Kits will be available to borrow free of charge for a period of two weeks.

The Kits, designed by Dublin’s Energy Agency Codema,  have been available across 10 Dublin libraries since they were introduced 12 months ago on a pilot basis.

Due to the success of the Scheme Minister Naughten announced its expansion across all Dublin libraries and its roll-out to libraries in four additional counties initially at an event in Pearse Street Library.

The Home Energy Saving Kit can make a significant contribution to behavioral change, as it enables homeowners to take charge of their energy use and equips them with the right information to make an informed decision on the next steps for energy efficiency improvements.

The Home Energy Saving Kits addresses three key areas of energy use in the home - space heating, hot water and electricity consumption and can identify common issues in homes such as lack of insulation, poor ventilation and the appliances that might be driving up electricity bills.

Minister Naughten said “I have consistently said that climate and energy policies must be citizen led and community focused and the kits are an excellent example of a simple easy to use device that help thousands of homeowners to understand their energy usage and cut costs.”

The Minister went on to say that “The SEAI is in the process of establishing a new dedicated behavioral unit that will look at how we can design and implement policies and programmes that will encourage more people to take control of and reduce their energy usage,” concluded Minister Naughten.