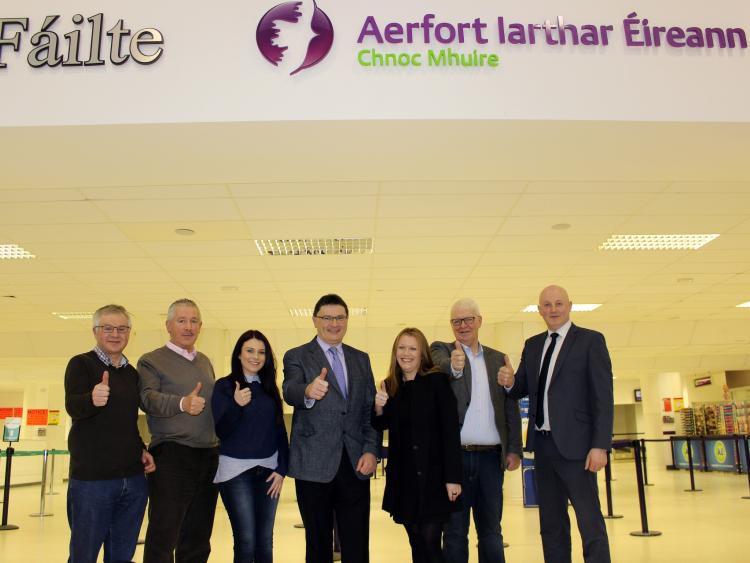 The Airport is delighted to announce that the three charities selected for 2017 are, Mayo Cancer Support, Western Alzheimer's and Western Care.

A number of events will take place during the course of the year which will engage passengers and staff with the aim of raising as much money as possible for the three charities. Details of these events will be announced in the coming weeks and published on their website www.irelandwestairport.com and facebook (facebook.com/irelandwestknock ) and twitter (@irelandwest) sites.

Welcoming the announcement of the 2017 charity programme, Joe Gilmore, Managing Director, Ireland West Airport, said, "After a hugely successful year in 2016 with our inaugural charity of the year programme where we raised in excess of €30,000 for the three charities, we are delighted to be partnering with three great new charities in 2017. The fantastic work that these charities all undertake really does make such a difference to the people that they support in our community. This initiative is part of the on-going support and social responsibility activities that help the airport build bridges with the local community and we look forward to a successful year of fundraising with the three charities across a range of exciting events in 2017, including the return of the hugely popular runway run later this year."

Áine Kilgallon, Fundraising Manager, Western Alzheimer's, said “Western Alzheimer's are delighted to have been chosen as one of Ireland West Airport’s nominated charities for 2017. All funds raised will be used to provide help and support to carers and families of loved ones living with Alzheimer's disease throughout the West of Ireland. We look forward to working with the team at Ireland West Airport in the coming year.”

Trisha Greavy, General Manager, Mayo Cancer Support, "We are delighted and honoured to be chosen as one of Ireland West Airports nominated charities for 2017 alongside two other very worthy charities. The funds from the programme will help the continued provision and development of services across Mayo for people whose lives have been affected by Cancer and their families. Almost ninety percent of our funding relies greatly on the goodwill and generosity of the public therefore this is a much welcomed boost for Mayo Cancer Support and we look forward to actively working alongside the airport for the year ahead."

Bernard O'Regan, Executive Director, Western Care Association, said, "Western Care Association is a community based organisation that provides services and support to more than eleven hundred children and adults with intellectual and associated disabilities and Autism and their families throughout County Mayo.  While much of Western Care’s services are financed by the HSE, the Association has always relied on the support of Mayo people and organisations to help finance the many extras that make significant differences to the lives of people supported by it. We are delighted to have been chosen by the staff of Ireland West Airport Knock as one of their three charities partners for 2017 and we look forward to working with them and the other benefiting charities to maximise this fabulous opportunity to raise much needed funds for three very worthy causes."