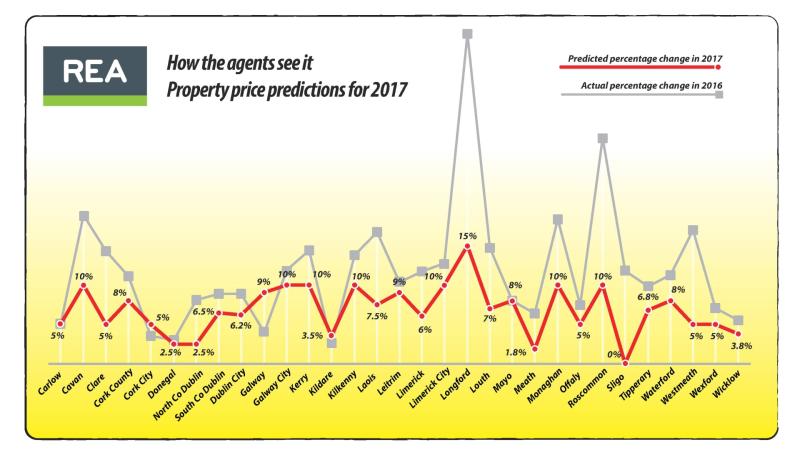 House prices in Longford grew at the fastest level in the country in 2016, with three-bed semis increasing by 41.8%, a national estate agents' survey has found.

The Real Estate Alliance Average House Price Survey revealed that prices in Longford had increased €55,000 to €78,000 over the past year.

The rise of over 40% compares with a national increase of 7.7%, but takes place off a very low price base and the background of a dwindling of excess housing stock in the county.

That shortage of supply will drive a continued rise of 15% in house prices in Longford throughout 2017, REA agents have predicted. 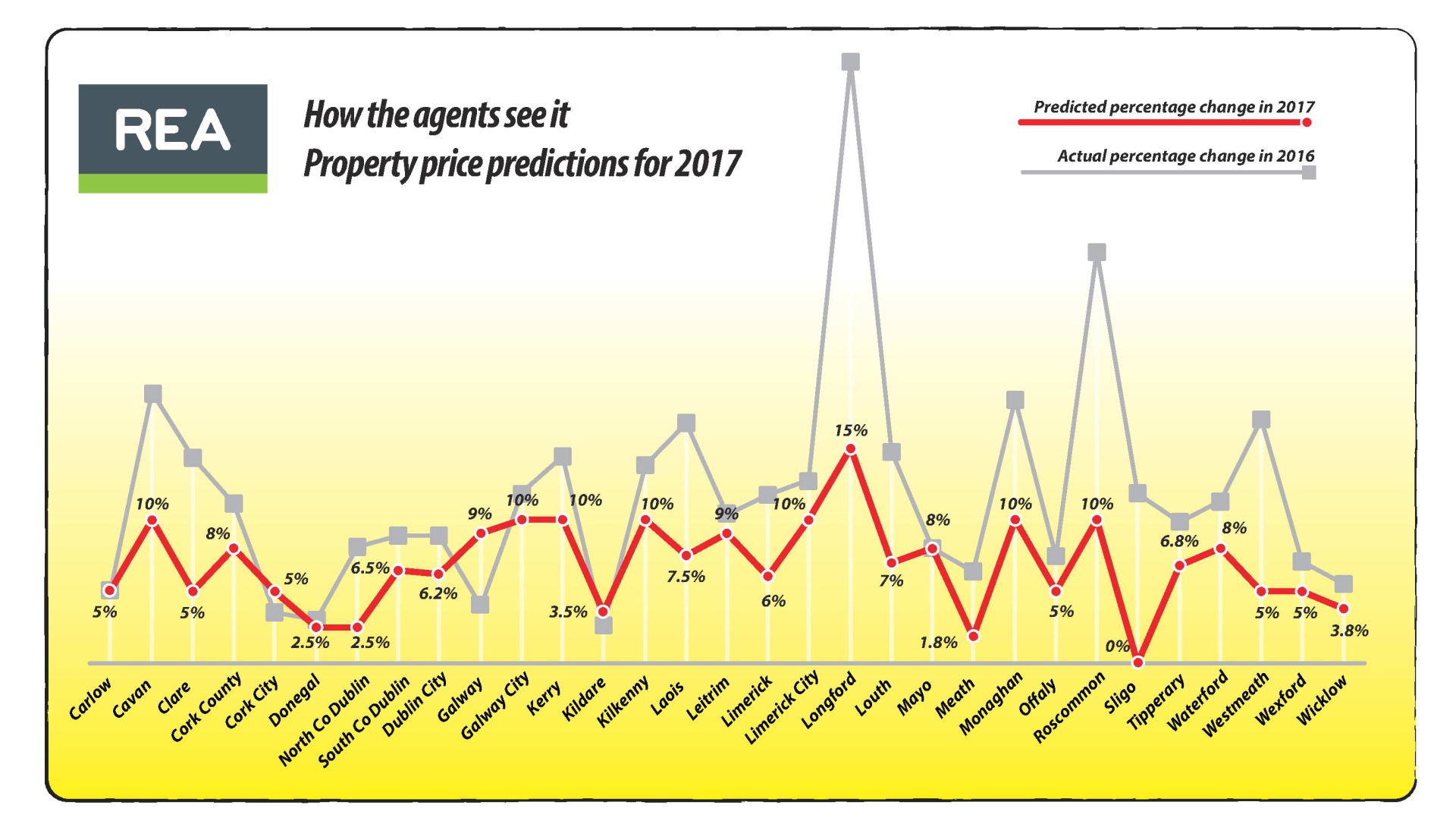 “We predict that prices will rise to €90,000 in 2017 as Longford leaves an era of oversupply and recovers from a low base in house prices,” said Joe Brady of REA Brady.

The survey found that agents expect prices nationally to rise by 6.1% over the next year – with Dublin predicted to grow by 6.8% over the next 12 months.

Agents in the three main cities outside Dublin are optimistic about 2017, with rises of 10% predicted in Limerick and Galway, with Cork looking at a more modest 5% increase with agents in the latter two areas highlighting a lack of new developments planned for the cities.

The outlook for the commuter areas surrounding the capital is quite cautious, with counties around Dublin predicting a rise of 3.8% on average and many agents fearing that the market has hit its height under the current financial regime.