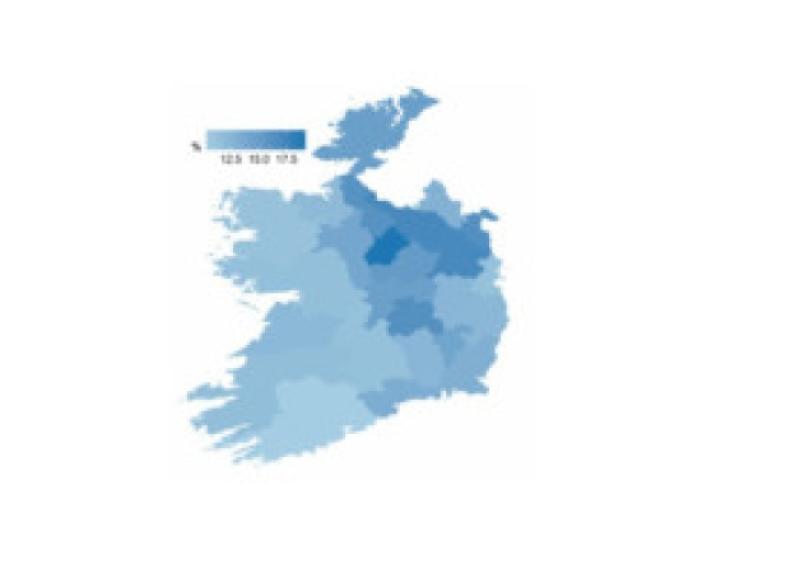 As Central Bank statistics worryingly revealed that 19 per cent or almost one in five Longford mortgages are in arrears, local PIP (Personal Insolvency Practitioner) Derek Scanlon claimed, “One of the worrying trends we see is the large number of people who are suffering from depression as a result of their financial difficulties.”

This is the first occasion the Central Bank has broken down the level of default on home loans on a county by county basis and Longford, and counties in the border and midlands regions, were worst hit by the property crash.

Gerry O’Boyle of Land League West said he was shocked Longford was 8 per cent above the national average. “I knew it was bad but didn’t realise it was that bad. I’ve 370 people from Longford on our database, 1,088 in Roscommon and 2,400 in Mayo.”

The 37-year-old former auctioneer said buy to lets and Section 23 Tax relief building incentives that created a false economy were to blame for much of the mortgage difficulties.

Longford, indeed, has a high level of buy to lets and the 2011 Census identified that 32 per cent of properties in the county were rented, while one in five properties were also vacant.

He believes the introduction of a bill that would force banks to give a 60 per cent write down on all loans “might get things moving again”.

Fianna Fáil’s Robert Troy acknowledged it was his party that introduced Section 23 but he was highly critical of the Central Bank, “who facilitated crazy lending at the height of the Celtic Tiger”.

He commented: “The Central Bank was meant to be independent. It was they who authorised the 100 and 110 per cent mortgages. That is what fuelled the property bubble as well. We are in a certain situation and how we address it is not by reverting back to the past. How we address it is by bringing forward comprehensive legislation to ensure the banks haven’t got the ultimate power.”

Deputy Troy insisted the Government’s Mortgage To Rent Scheme had failed and job creation has been ignored in rural areas where unemployment is highest. “Without investment, how are we going to ensure that houses are sold and people have employment and an opportunity to pay a mortgage?”

Mr Scanlon said there were “two drivers” behind the statistics - an over inflated property market and the rural renewal tax incentive.

“This fuelled people’s investment in property so people became investors as well as homeowners. Investors came from within county and outside and it may be that it is a significant proportion of the investors that are in financial difficulty, and this is fuelling some of the figures here as well.”

He said The Debt Clinic, based at Leader House in Longford town, has witnessed a dramatic increase in enquiries.

“Six months ago we would have been getting in the region of two to three enquiries per week, that’s increased now to approximately two to three per day.”

Mr Scanlon stressed that while the statistics were “startling” they didn’t necessarily present a true picture of the people for whom there is no option.

He explained that, “In 95 per cent of cases, there are options available, including to people who are in financial difficulty with their principal home and this is one of the things we are trying to stress, there is always options particularly when it relates to your principal home but the sooner you come and engage the services of a PIP or MABS. the better.”