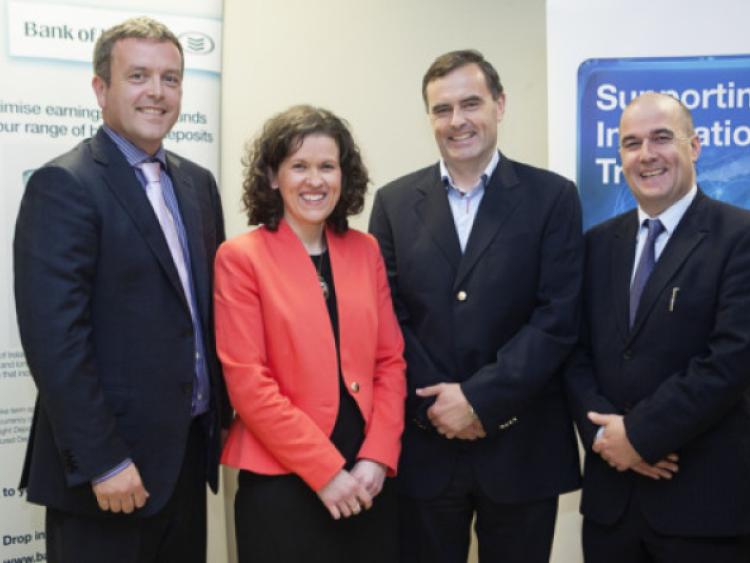 Despite what you may think, financial institutions are lending.

Despite what you may think, financial institutions are lending.

That was the overriding message from Bank of Ireland (BOI) last Thursday evening as it held an open evening as part of National Enterprise Week.

Branch Manager Benny O’Brien said the bank was “well on track” to meet its target of lending €4bn to the small and medium and enterprises sector in 2013.

He said the bank’s investment in credit clinics, online cash flow planners and sponsorship of well known TV programmes such as Dragons’ Den meant it was fully committed to the local as well as wider SME sector.

“That was the only winner I got was when I asked Mike to come and speak at the event,” he said, a disclosure which prompted Mr Glennon to quip: “It was great to get the call from Benny when the original speaker pulled out.”

Albeit a comical aside to the evening’s seminar, Mr Glennon’s educational 20 minute presentation was anything but as he told of the successes and challenges the family run firm has faced in recent years.

A fire at its Longford facility in 2004 virtually cut production in half overnight, causing many of its staff to relocate to Fermoy in Cork.

Investment in Scotland with the likes of Windymains Timber, outside Edinburgh and the identification of new markets both in the UK and France allowed the firm to re-hire staff who had earlier been let go.

Now the company employs 360 people directly, a further 170 indirectly and has a turnover of €190m.

And in an uncomplicated but strong message to those in attendance, Mr Glennon reserved special mention for one particular aspect of everyday business.

“We all have two ears and one mouth,” he said. “So listen to your customer. Service is about 90 per cent perspiration and 10 per cent inspiration. Also, choose your team well because communication is critical.”