Carrigy: 'Incumbent on all sides to engage with negotiation process so that jobs in Longford are not put at risk' 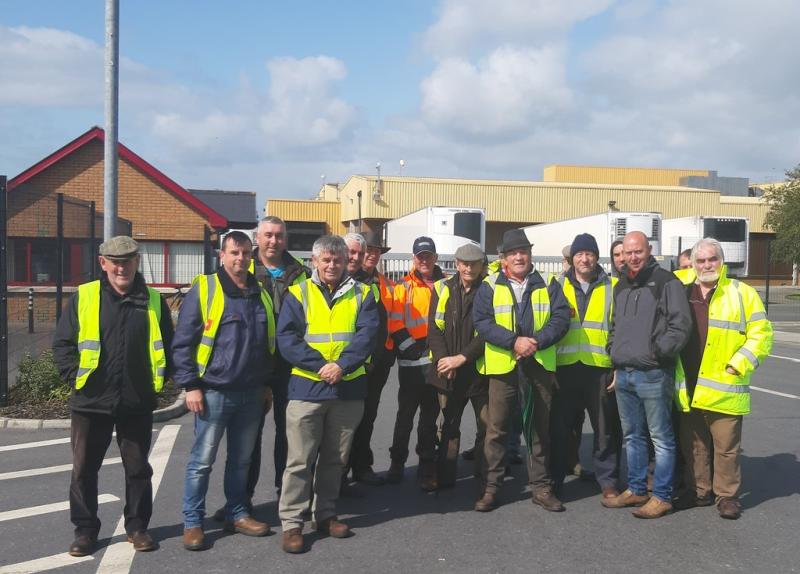 Farmers protesting at Kepak in Ballymahon

Meat Industry Ireland (MII) must come to the table and engage with farm organisations to end the ongoing dispute, a Longford Fine Gael councillor has said this evening.

Cllr Micheál Carrigy, Cathaoirleach of Longford County Council, said: “I welcome comments from Agriculture Minister, Michael Creed, who has called on Meat Industry Ireland (MII) to reflect on the current reality and engage in talks to try and bring an end to the current protests.

“Over the years Irish farmers have produced a quality product which have made producers in MII very profitable businesses.

“I believe that it is imperative that MII commit to making changes to the 30 month rule, an increase in Quality Assurance Payments and changes to the four-movement limit.

WATCH | Longford farmers 'all in' and vow to continue as long as they have to, after taking protests to Ballymahonhttps://t.co/WIaJwhRLFz

“The farmers on the picket lines do not want to be there, they want to return to work and provide for their families.

“It is incumbent on all sides in this dispute to engage with the negotiation process so that jobs in Longford and elsewhere are not put at risk,” he concluded.

MII stated, "Decisions to cease processing operations have not been taken lightly but in the face of the unwillingness of protesters to stop their illegal blockades, companies were forced to act. Some 80% of overall processing capacity has now closed, and further closures and layoffs are likely in coming days.

"It is not just the direct employees that will be affected by the ongoing crisis, hundreds of indirect jobs will be impacted as ancillary businesses including hauliers will be heavily impacted by these closures.

The Minister for Agriculture has tried to get all parties around the table to reach a settlement, and beef processors have always been open to engage in that process, but not whilst their plants are being illegally blockaded."