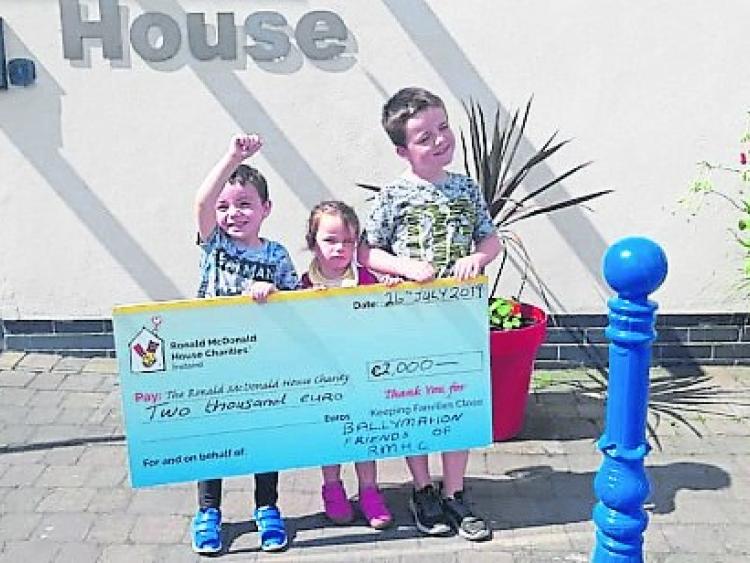 The organising committee of the Ballymahon Friends of our Lady’s children’s hospital Crumlin (BFC) 5k Run/Walk/Crawl are set to hand over the culmination of their recent fundraising initiative, at an official handing over event at Kiernan’s Bar, Ballymahon, on Sunday, August 18.

This year’s BFC event took place on Saturday, June 8, marking the fourth annual fundraiser. The fundraiser was first coined as an idea over a pint in Kiernan’s Bar, in honour of Paul Kelly’s grand-daughter, Grace, who was born with multiple heart and lung defects. As Grace was receiving treatment in Our Lady’s Crumlin, it was chosen as the very fitting benefactor.

Paul told the Leader: “It was just a spur of the moment decision over a few pints and we kept it going every year since.”

The handing over event will kick off from 7pm on the night, with finger food, live music and everyone welcome to attend. The team have raised €16,000 this year for Our Lady’s Hospital in Crumlin, with further money raised for Ronald McDonald house.

“Grace was up for a check-up and we handed over a cheque of €2,000 to Ronald McDonald house,” Paulsaid.

“We will hand over a cheque for €16,000 to Our Lady’s Hospital Crumlin on Sunday week.”

To date including this year’s total, the team of the Ballymahon Friend’s of Crumlin 5k event have raised in excess of €65,000 for charity. Paul and the committee involved wished to thank everyone who helped out with the fundraiser.

“Thanks to everyone that has helped out, bought tickets, donated prizes, everything. We really appreciate everyone’s support.